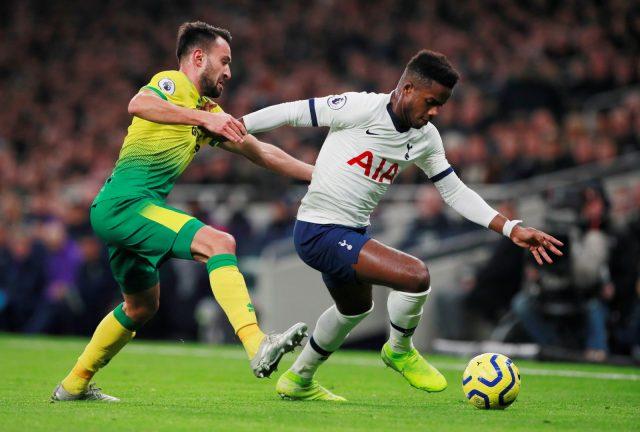 Ryan Sessegnon is now the Magpies’ top priority transfer target for this summer.

The 20-year-old have been attracting the interests from Fulham & Eredivisie club side Ajax are also interested in the youngster.

Steve Bruce recently expressed his desire to add some homegrown players to his squad, which makes a move for highly rated youngster Ryan Sessegnon a very promising step in fulfilling such dream.

He haven’t enjoyed much success nor being rewarded with enough playing time since joining the Spurs last season.

Sessegnon has continued to be struggling for game time. The left sided player have had a couple of injuries and the lack of faith shown towards him by Spurs’ manager Jose Mourinho has added to the youngster’s underwhelming performances and limited opportunity in the starting lineup.

He only made six appearances in the just concluded campaign and missed out on match selections after football resumed following the outbreak of the Covid-19.

Such low number of appearances, means that the youngster will need to put his career back on track, by either forcing his way into the manager’s plan or rather, go out on a season long loan deal, if the club still believes in his potential.

At such critical stage in his career, Sessegnon needs to be playing regularly at the top level, considering his early rise to stardom which earned him some recognition from the Italian newspaper La Gazzeta dello Sport, who included him as part of the top 30 U-20 players in Europe in 2017. While in the same year, he was ranked as the 19th best U-20 player in the world football by Sports Illustrated.

His talent is unquestionable, but to rediscover his form, the youngster needs to take up his chance if eventually the Magpies officially submit a bid for him this summer.