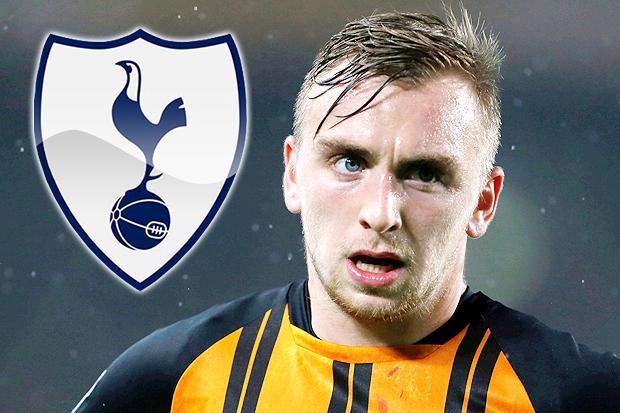 With Llorente and Jansen set to leave for Galatasaray and Celtic respectively, Spurs are in need to sign a backup striker for Harry Kane.

Spurs have been heavily linked with Hull City striker”Jarrod Bowen” who has been in terrific form in the championship. The 22-year-oldd striker has managed to score 10 goals for the club this season.

However, Hull manager Nigel Adkins insists that Hull aren’t looking to sell Bowen and if they do wish to do so they wont the player leave for a cheap price.

Speaking after the game against Leeds, Adkins told The Mirror: “Jarrod Bowen has scored two great goals. We’re not looking to sell. The owners have said we don’t need to. However, we all know what football can be like.”

“Jarrod has scored 14 last season, he’s got 10 this season. He’s a young English player who’s exciting and has got flair. Who knows what will happen?”

“I’m sure his representatives would love to have him touted around everywhere, that’s football. But I’m really pleased that he’s working hard for the team.”

Spurs need a backup striker as all signed as a backup for Kane have performed relatively poor and Spurs deadly need a striker to unburden the pressure on Harry Kane.