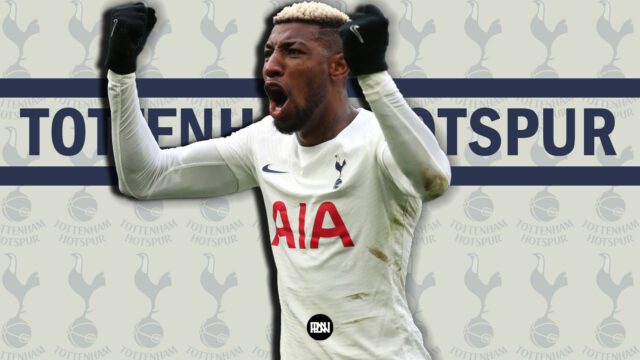 23-year-old Tottenham Hotspur right-back, Emerson Royal, could leave the North-London outfit this summer with AS Roma, reportedly, emerging as the latest club to have shown interest in the Brazilian alongside Atletico Madrid and Juventus. Despite having only joined the club last summer, Royal remains likely to be sold on a permanent deal with the Lilywhites having targeted Middlesborough’s highly-coveted youngster, Djed Spence, as an ideal replacement for the Brazilian.

Having made 44 appearances across all competitions for Spurs last season, the former FC Barcelona failed to deliver consistent performance despite the injury concerns of right-back competition, Matt Doherty, throughout the campaign. Although being a regular starter, the Brazilian struggled to show notable development in his game, eventually losing his starting spot following Doherty’s return to fitness during the latter stages of the 2021//22 season. Moreover, having registered only a goal and the same number of assists last campaign, Royal failed to justify his £25.8m transfer fee on joining the North-London club.

Now, with AS Roma expressing their interest in the Brazilian’s services, alongside Atletico Madrid having already made a formal approach for the full-back, Royal remains likely to leave the club on a loan or permanent offer this summer. While last season’s UEFA Europa Conference League champions are yet to make a formal approach, Atletico are reported to have had their proposal rejected owing to Spurs’ reluctance to accept the deal. The operation for the transfer is said to be ‘stuck’ with Spurs unwilling to consider the La Liga club’s loan + option to buy deal for the Brazilian full-back.

However, contrary to reports, Emerson could remain at Spurs next season, with the player’s agent, Dr Fabiano de Abreu, having spoken about club manager Antonio Conte’s desire to retain his services. Speaking to Brazilian outlet Lance, Royal’s agent stated that the full-back remains the foremost choice in his position for Conte, alongside reinstating the same saying, “even if it was for 40 million euros (£34m), the loan would not come out since he has the player as number one in his position. Royal is happy in the team and his football tends to improve.”

While Royal’s future at Tottenham is yet to be determined, the club continues to pursue its targets having already completed the signings of Richarlison, Yves Bissouma, Ivan Perisic, and Fraser Forster ahead of their pre-season tour next week. FC Barcelona’s Clement Lenglet is soon expected to be unveiled as Spurs’ fifth arrival of the summer on a season-long loan deal with the North-London outfit likely to negotiate Spence’s exit from Middlesborough following the Frenchman’s expected announcement later this week.