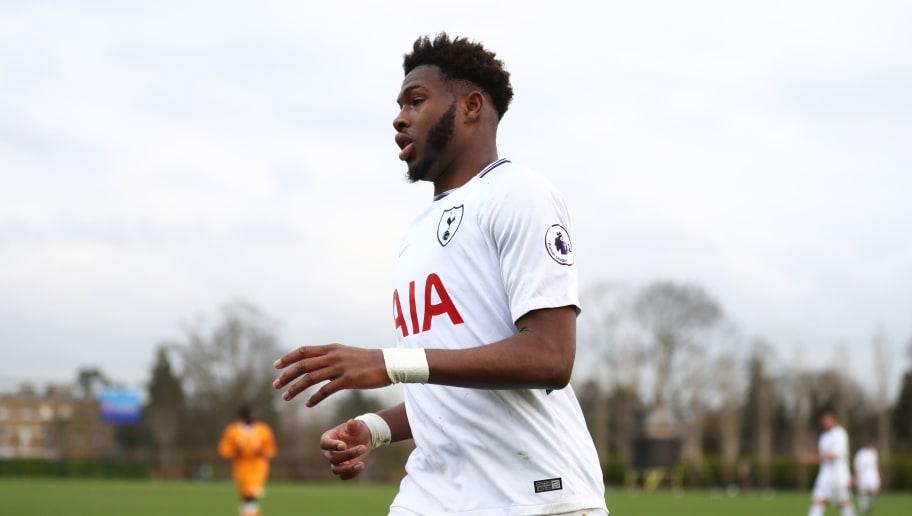 Tottenham Hotspur youth academy striker, Reo Griffiths is set to have his medical at Ligue 1 side, Lyon. He now becomes the third player from the youth ranks in this summer, to refuse Spurs on a new contract and move elsewhere. As Keanan Bennetts and Noni Madueke have already sealed their moves to Borussia Monchengladbach and PSV, respectively.

According to Daily Star, Tottenham made efforts to keep the young striker at home but he cancelled his third-year scholarship contract, recently signed in June, in order to make a move. And that Lyon has succeeded in getting the youngsters signatures after competing with Barcelona, Real Madrid and Paris Saint Germain.

Griffiths was touted to be the next Harry Kane following his blistering season with the Spurs U-18 side where he bagged 34 goals and 11 assists in 34 games, including a four goals haul in the 9-0 thrashing of Arsenal. Though he couldn’t keep up with his performances for the development squad games and wasn’t impressive in U-19 European matches.

Tottenham has produced some of the world class players through their academy and these players have earned recognition in the whole footballing world. Harry Kane and Harry Winks are the fruits of Tottenham’s youth academy. Only time will tell how costly it would prove to be for Tottenham to let go its young prospects.