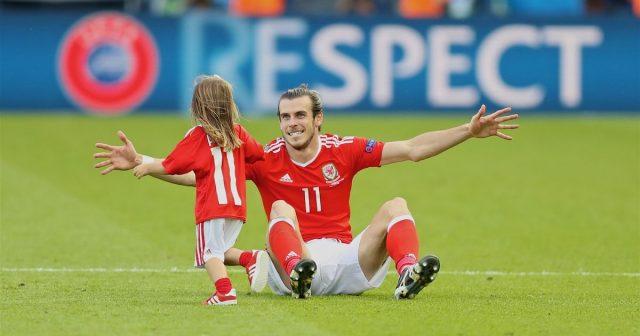 If you asked in 2013 any football fan who was the 3rd best player in the world, you will hear the name Gareth Bale. Once the world’s most expensive player, Bale has gone from being one of the prolific players to being unloved by fans, managers and his own teammates. So how did this happen?

Born in Cardiff, Gareth Bale grew up to like football, rugby, hockey and excelled at athletics. At age of 14, he ran the 100 metre sprint in just 11.4 seconds. He had amazing footballing abilities and his school’s PE teacher, Gwyn Morris, had to write special rules which restricted Bale to playing one-touch football and not using his left foot.

There was some initial doubt cast over his scholarship by Southampton due to his height. But at the age of 16 years and 275 days, Bale became the second youngest player ever to play for Southampton.

After his excellent season he was awarded the BBC Wales Young Sports Personality of the Year and was named the Football League Young Player of the Year. Teams like Manchester United, Spurs were looking for a left back and Bale signed a four-year deal with Tottenham Hotspur, with the club paying an initial £5 million for the player, potentially rising to £10 million based on add-ons.

Injuries plagued his switch along with the fact that he lost his first 24 matches he played in. Harry Redknapp was willing sell to him to Birmingham but Bale bounced in spectacular fashion in 2009-10 season where he recorded 5.8 tackles & interceptions, 2 dribbles and provided 2 chances per 90.

Seeing Bale had attributes to play as winger Redknapp began to experiment and he got his reward with Bale recording 3.8 shots, 2.4 chances in 2010-11 season. He finished with 19 goals contributions that year which included his famous hattrick against the reigning Champions League winners Inter Milan. He continued this form the following season where he provided 31 goals and assists and was awarded the PFA Players’ Player of the Year, Young Player of the Year and FWA Footballer of the Year Award becoming only second player to do so after Cristiano Ronaldo.

Bale got his dream move and Real paid a world record £85.3 million (€100 million) signing a six year deal. In his first 75 matches Bale contributed to 78 goals winning the Copa del Rey and UEFA Champions League in which he scored the winning goals for Real Madrid. But 11 separate injuries in the first three years meant he spent more time on doctor’s treatment table than playing football.

Along the years Bale became more of a self centred player with stats suggesting that he was pressing less, taking more shots and provided less chances for his teammates. And when the legendary Real Madrid player Zinedine Zidane took over the manager’s position, he switched from the conventional 4-3-3 to a diamond midfield of 4-1-2-1-2 to accommodate the hardworking Casemiro in his side leaving Bale as a substitute option.

Zidane even called him a soloist and handed Bale just three starts in 2017-18 where in the final of the Champions League Bale scored two goals coming off from the bench which included a historic overhead kick. The press after the game sympathized with Bale’s treatment by Zidane, after he a post-match interview in which he called out his coach for his lack of playing time. Bale who was sitting on 650,000 per week stopped caring about his image after Madrid fans continuously booed whenever he came on to play.

To add injury to insult, when Bale was on international duty, his Welsh teammates displayed the infamous sign ‘Wales-Golf-Madrid in that order’.

And now Gareth is back at Tottenham. Although Spurs are covering his half of big wages and a small loan fee, Jose Mourinho will welcome some star power and a winner in his squad.

Spurs are at a no risk situation.

It also gives Tottenham fans a reason to be optimistic for winning some silverware, something that the club is desperately chasing for the last twelve years.