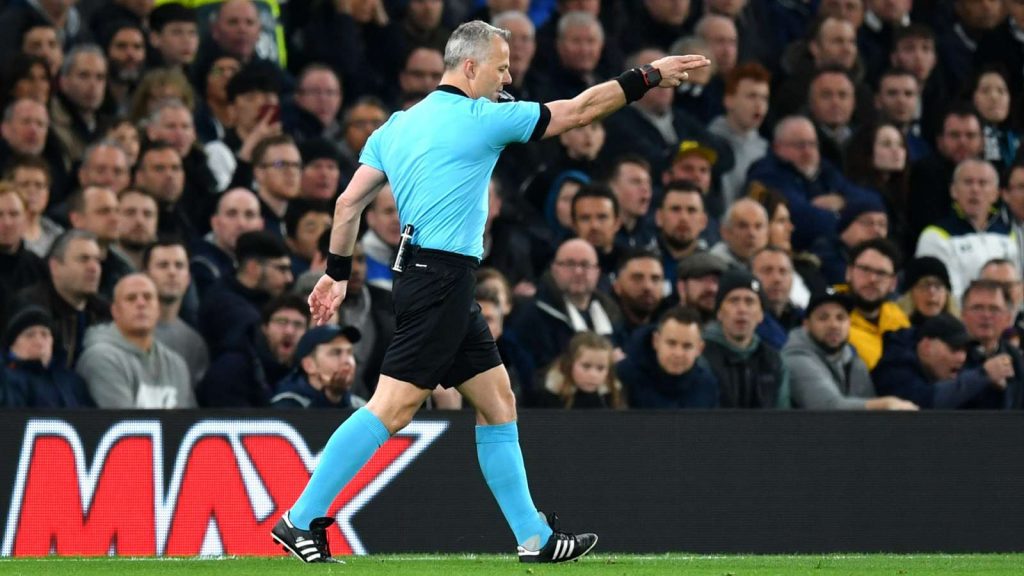 Tottenham defeated Manchester City in the 1st leg of the Champions League quarter-finals courtesy of a Heung Min Son goal.

Manchester City were awarded a penalty in opening quarter of the match after a VAR review over Danny Rose’ hand-ball. Although, Sergio Aguero failed to score from the spot and give The Blues an early advantage as Hugo Lloris made an important save – denying City the away goal they were looking for.
There was no hard appeal from the City players for a penalty but the referee decided to review through VAR and saw the ball being deflected by Tottenham defender Rose’s hands.
Tottenham manager Mauricio Pochettino was not very pleased with the decision and claimed that he fears VAR could turn football into a “different sport” and is concerned over its impact upon the “spirit of the game”.
In a Post-match interview, conference Manager Pochettino was critical about use of Video assistance, “VAR for the referees could be a big problem. It could change the spirit of the game and I am very worried,”

“We have to be clear and settle the protocol so everyone knows. Otherwise, it is going to be a big problem.

“It is going to be tough summer. We need to be all involved to find the best way to work. It’s going to be important

“Are we going to check everything? Is this handball? Is this aggression? Today there were a lot of actions to check. Next season, how is it going to work?

“There are many things that we have to try to make clear. I think the direction of football is going to change. We are going to see a different sport, not the sport that we grew up watching.”

“Maybe technically it is a penalty because it is handball but still we don’t know the protocol,” he added.

Irrespective of the penalty awarded to City Tottenham ran out winners and now will be keen to turn their attention towards the Premier League as they look to cope up without Star Striker Harry Kane.

Meanwhile, Longtime ref Mark Clattenburg says Bjorn Kuipers was spot on in awarding The Blues from Manchester an early penalty against Tottenham on Tuesday.

Mark Clattenburg wrote the following for the Daily Mail in regards to highly controversial penalty:

“In keeping with UEFA instruction, referee Bjorn Kuipers was right to award Manchester City a penalty when Danny Rose handled as he slid to block Raheem Sterling’s shot”

“Rose’s arm was outside his body and that, say UEFA, means the Spurs defender is making himself bigger. UEFA issued this instruction after similar incidents in the Champions League earlier in the season.

“It was always going to be a penalty once it was referred to VAR and Rose knew it, you could tell by the way his body slumped.”