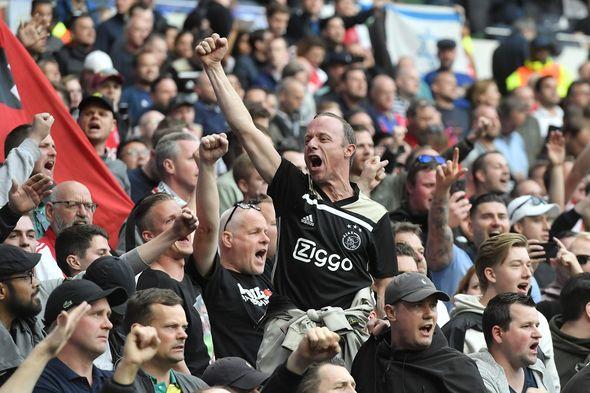 Tottenham Hotspur are not enjoying a very good form off late having lost 4 of their last 5 matches.

After going 4 games unbeaten in their new stadium Spurs delivered a toothles performance against Aston Villa to lose their 1st home match at their new stadium. A week later Spurs faced another defeat against Ajax at home where the team looked scattered and lacked energy.

Ajax had also been given last weekend off by the Dutch FA in order to ensure they were fit and ready to fight for a place in the Champions League final (BBC).

A single goal by Donny Van de Beek was enough to give victory to the visitors who head to the 2nd leg with an away goal advantage.

The opening 30 minutes of the match cost Spurs the defeat and talking about it Manager Pochettino explained exactly what went wrong in that opening period, “I don’t want to talk about the attitude. I think the attitude was there. I think we didn’t find a way to play …. the team didn’t show the energy that we wanted to show. I think they showed more energy than us. I think the way that we conceded the goal was so painful. We were so poor in this action and … it’s true, I agree with you, in the first half hour of the game we struggled because they showed more energy, they were more proactive than us. That was the key.

“In the second half, we took more risks and we tried to go forward and we allowed them a few chances. But I think that gave us the hope that in the second leg it’s going to be tough, for us also, but tough for them. It’s still open. You know very well that today was not our best game from the beginning. We are agreed that we cannot start the game like this. But they were fresh, they were more proactive than us. It was so tough to be in the game but that can change in the second half. For sure we are going to be competitive.

“I agree. We did not create many chances. We arrived in the last third but we did not find a way to create clear chances. Of course, there was the feeling that we can score but always we missed the last pass or shot. I think we felt that we can be in the tie.”

Spurs next face AFC Bournemouth before heading to the Netherlands for the 2nd leg of the Champions League semifinals.