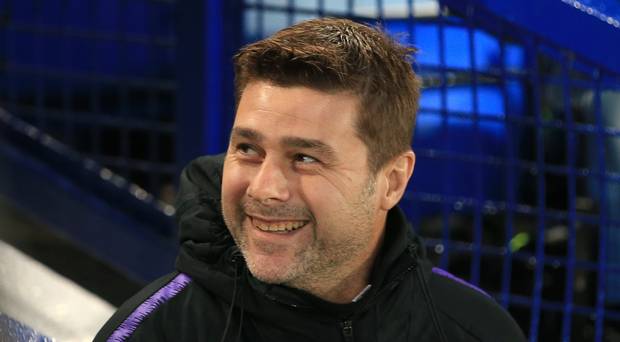 Tottenham Hotspur climbed to the 2nd spot in the table after going 5 games unbeaten in the league. Fans are already dreaming of Spurs lifting the Premier League trophy.

Tottenham thrashed Everton 6-2 and Bournemouth 5-0 to take the second spot as City faced back to back defeats against Crystal Palace and Leicester city.

Liverpool sit at the top of the table 6 points ahead of Spurs and fixtures against Arsenal and Manchester City in the coming weeks could make them drop points or even face their first defeat of the league.

Pochettino was full of praise for Liverpool, Anfield and Manager Jurgen Klopp and said that the atmosphere around Anfield is really driving them to do great things.

Pochettino said to Football London: “They are playing so well and are showing great quality. They have an unbelievable squad and an unbelievable manager with Jurgen Klopp.

“You can feel like yesterday when I saw the highlights that the people at Anfield are desperate to win and they are showing their support to the team.

“Yesterday Anfield was amazing, every game Liverpool play at Anfield is a party and that sometimes makes a difference.

“It is going to be a massive fight because Chelsea, Manchester City, Arsenal, or Manchester United plus Tottenham are trying to fight against them.

“It is going to be tough until the end. Of course now the gap is six points with us and seven with Manchester City but there is still half a season to play and anything can happen.”

Spurs next face Wolverhampton and will look to continue their impressive form to keep the pressure on Liverpool and close the gap as much as possible.