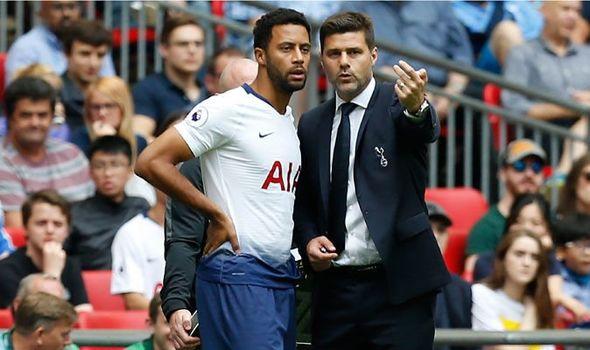 Tottenham Hotspur are looking to sell a no of their players as they look to raise money in order to bring new signings. The likes of Fernando Llorente, Vincent Janssen, Michel Vorm, Mousa Dembele, Victor Wanyama, and Georges-Kevin Nkoudou are all possible outgoings for Spurs.

A number of these players are into the final six months of their contracts and have to be sold or Spurs maumy lose them for free. Dembele has been linked with a move to China or France. The Belgian is one of the most loved players at the White hart lane.

AS Monaco had earlier been linked with the player as they look to avoid relegation. Meanwhile the player is also linked with a move to China. Pochettino was asked in his press conference today whether a bid has been made, and whether Spurs will listen to them.

“But like all the players we spoke about in previous press conferences, that business is a different part. The player, the club, the situation, that is so clear. It depends on what the different parts want to do. If something arrives we are going to listen and then it’s what we want to do or the player wants to do, it’s about to negotiate, talk, like always it happens in that business.”