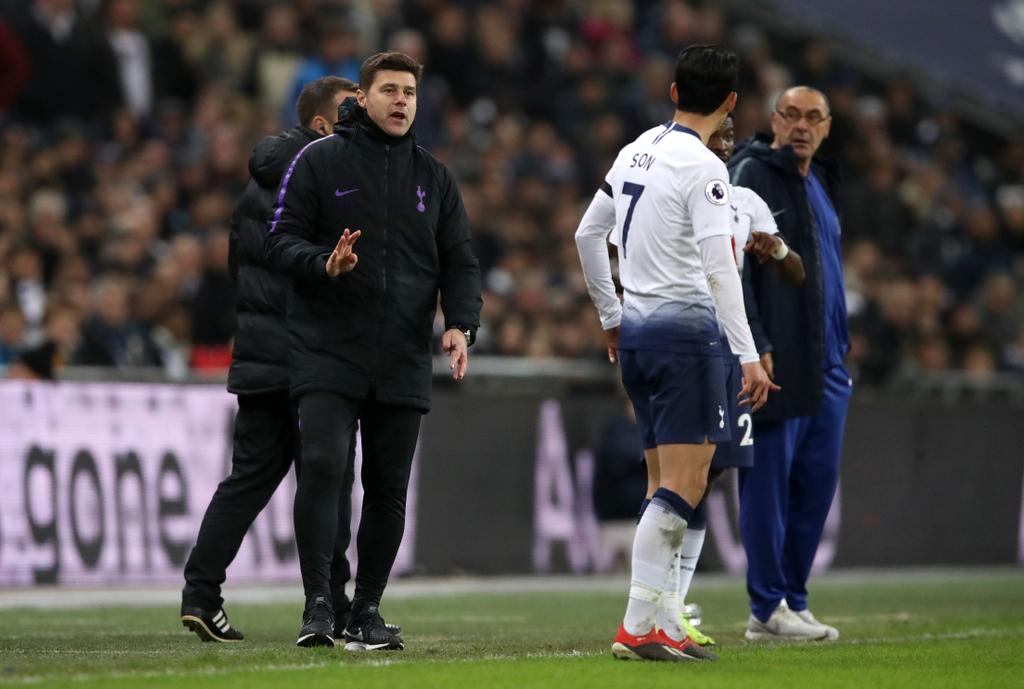 Spurs earned a hard fought victory 1-0 victory over Chelsea in the first leg of the EFL semifinal.
A penalty by Harry Kane have given Spurs and advantage as they go into the second leg with a 1 goal advantage over Chelsea.

Spurs and Chelsea played really well and there was nothing that could separate the 2 sides. However the foul on star striker Harry Kane made the referee take VAR and Spurs a penalty which was calmly converted by Harry Kane.
Spurs have now defeated Chelsea in the last 3 meetings. And will look to make it 4 when they travel to the Stanford bridge for the 2nd leg of the EFL semi-final.

Spurs, however, will be without in-form winger Heung Min Son and may find it difficult to defeat Chelsea in front of the home audience. Lamela, Moura and others will need to step up to fill in the void left by Son.
Before the match Pochettino had told, “We know very well that it’s going to be again 180 minutes, two legs. We’re going to play the first leg against Chelsea and it’s going to be tough. Chelsea is a great team, a team that will be tough to beat. The tie is 50-50.”

“No, it was a very competitive game. Chelsea are a great team but of course when you win you are happy, but it’s a game we enjoyed the most.”

“Tomorrow is going to be a completely different game and competition. You have to respect Chelsea because they have great players and a great squad and for me it’s a team that is building to win some trophies of course.”