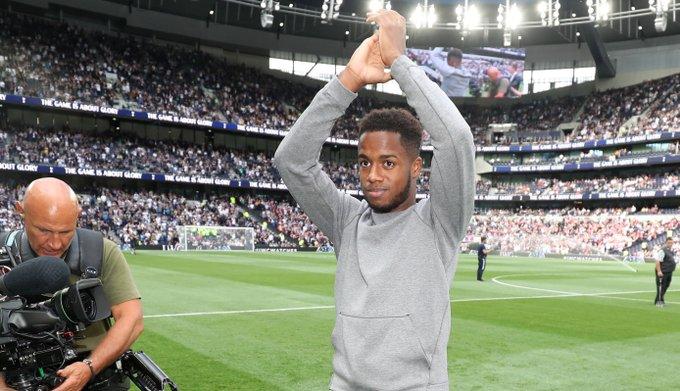 Tottenham fans are yet to see the like of Ryan Sessegnon and have already been patient for a long time. Spurs fan finally have a good news regarding the last minute signing from Fulham and it may be soon that we see him don Tottenham Hotspur stadium.

The £25million defender has been on the sidelines from the start of this season and 19-year-old is back in training from a hamstring problem that he had sustained.

Mauricio Pochettino has however pointed that we may see Sessegnon soon and it can even be the game against Crystal Palace, though it seems unlikely.

In the pre-match conference, Mauricio said:

“Kyle, after his injury, is with the group and Serge Aurier and on the other side we have Ben Davies, Danny Rose and Ryan Sessegnon. We need to assess tomorrow the cases of Tanguy Ndombele, Ryan and Kyle tomorrow what condition they are in. We have seven games in 21 days. It’s going to be tough and we need all at their best.”

The Argentine manager has suggested Ryan with two other full-backs, indirectly indicating the position he would deploy him. Sessegnon is a versatile player capable of playing in both positions; as a winger or a full-back.

We may see him moving forward and attacking as a full-back because Poch loves to play with offensive-minded defenders and this may play into the pockets of Ryan.