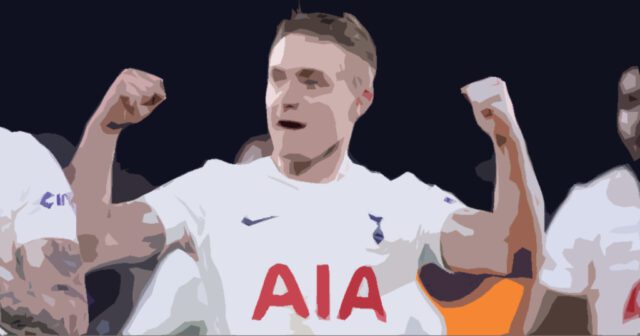 Oliver Skipp suffered a major injury called pubitis on 5th Feb 2022 because of which he missed 20 matches for Tottenham Hotspur. The recovery period was 123 days long and frustrating for Skipp. The problem got finally fixed in April with a visit to a specialist in the USA. Skipp is excited to make a comeback in the pre-season under Spurs manager Antonio Conte.

The young 21-year-old has been a part of Tottenham Hotspur since the age of 13. He played in the Tottenham Hotspur youth team from the year 2013 to 2018. Oliver Skipp was heavily praised by all the staff people and was already considered a future starter at Spurs in his senior year. He got selected to play in the first team when he signed a 3-year contract with Spurs on 29th august 2018. In his first year at Tottenham, he got to play very few games but he was still able to make the most out of those few opportunities he got which made the club sign him on a new 3-year contract with the option of a fourth. The management of Spurs look at the player as a future star and wanted to invest on him heavily.

The arrival of Jose Mourinho was not a piece of great news for Skipp. Mourinho liked the player very much. He even said in an interview that he can see him become the future captain of Spurs but for him, at present, he does not fit into his system quite well. Oliver Skipp was loaned to Norwich City for the 2020-21 season. Norwich City were part of the Championship that season. Oliver Skipp made 45 appearances for Norwich City and even scored a goal for them during that season. He helped Norwich win the Championship that season with his excellent performance throughout the season and at the end of his loan spell, he returned to Tottenham Hotspur.

Mourinho’s successor Nuno Espírito Santo was immensely impressed by the young player and made him start almost every single game he was available for at the start of the season. He becomes a key player for Nuno in the midfield region. His excellent control over the ball and his precise passing make him unstoppable in the midfield. After Nuno got sacked, the Italian Manager Antonio Conte arrived at the club. Conte saw the hunger to perform in the player and put his trust on him.

Under Conte, Skipp played a good number of matches until he picked up the injury which made the manager very frustrated as he lost his player to an injury that was not taken care off properly by the medical staff. Oliver Skipp had been playing with that injury since October last year. Despite being injured Skipp attended the team meeting and was part of the bench at Spurs just to observe the tactics of the manager and learn from him. Antonio Conte is very much impressed with his will to learn and observe. The manager signed the Uruguay international and Juventus midfielder Rodrigo Bentancur in the January transfer window as a quick replacement for Skipp for the rest of the season.

The former Serie A player has adapted himself quite impressively in the English league. He and Conte’s leader in the midfield Pierre-Emile Hojbjerg played incredibly well last season together and made it possible for Tottenham Hotspur to end at the fourth position on the table. With the return of Skipp in the pre-season, he’ll have to perform really well in order to take the place of one of the two starting midfielders.

The fans and management of Spurs trust the talent of the player and hope that he’ll be able to find his place yet again in the starting XI of Spurs. Oliver Skipp on 20 April 2022 signed a five-year contract with Tottenham Hotspur that is set to expire in 2027.

With the World Cup coming around the corner in winter, Oliver Skipp would look to make his mark this season at Spurs and hope for a late surprise entry in the Gareth Southgate team of England for the World Cup at Qatar.

What’s your opinion on the future of Oliver Skipp at the club? Will be able to make his mark yet again at the club or not? Is he the right contender for the midfield position or not?