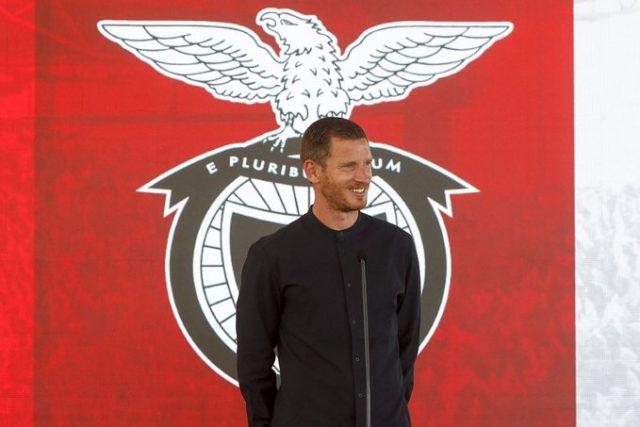 Jan Vertonghen has signed for Benfica after his contract with North London club came to conclusion post 2019-20 season.

The 33-year-old Belgian defender has signed a three-year deal with the Portuguese giants upto 2023.

He has been handed the NO.5 shirt upon arrival and will play under returning manager Jorge Jesus in the 2020-21 campaign.

Vertonghen arrived from Ajax in summer 2012 for £11.25 million (€12.5m) and played for The Lilywhites for eight years in which time he made more than 300 appearances and helped Tottenham reach a first Champions League final back in 2019.

Upon his departure Jose Mourinho gave his good wishes and said that Jan was among the best players he has ever worked with.

Speaking to Portuguese newspaper Record he said, “He will be a great man to play in the Portuguese League. A big professional, a silent leader, an example in a work group. Fortunately I’ve met many throughout my career, but Jan is certainly among the best. As a player, everyone knows him and the Benfica coach, as well as his structure, certainly analysed everything he can bring to the team. I wish him to be very happy in my country. At Spurs we’ll all be behind a person who is very dear to us.”

The veteran defender has also bagged 118 caps for the Belgium national team which is the most in their history.