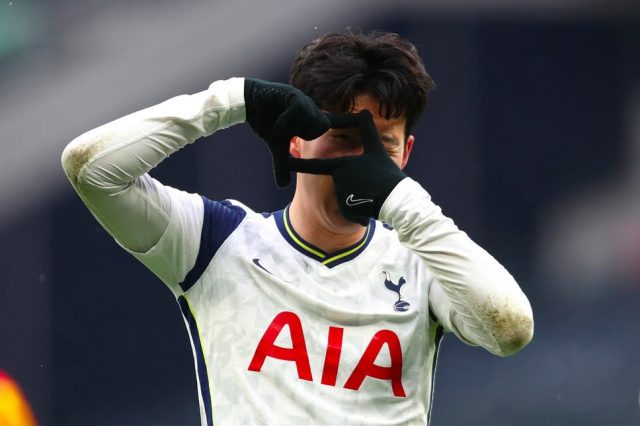 Tottenham Hotspur has finally tied Heung-min Son with a new contract at the club. The South Korean international has signed a new 4 year deal which will keep him at the club till the summer of 2025.

Son has been a huge part of the Spurs squad for quite some time now. He joined the North London club from Bayern Leverkusen in 2015 for a reported fee of £22 million.

Since then the 29 year old has scored 107 goals in 280 appearances. While in the last season he netted 22 times in a total of 51 matches in all competitions. Son Heung-min has been consistently performing for Spurs and his stats itself speak volumes. His partnership with Harry Kane has given the team a stealth of attack.

✍️ We are delighted to announce that Heung-Min Son has signed a new four-year contract with the Club, which will run until 2025.

Fabio Paratici on the announcement said: “We are pleased to have agreed a new long-term contract with Heung-Min Son as we move towards the start of a new season and a new chapter for the Club with Nuno Espirito Santo.

“Everyone can see the real positive impact he has on the Club, both on and off the field, and we are delighted that he will play a part in what we are trying to achieve in the coming years.” he also added.

While Son on signing the new contract said: “It was already a big honour to play here for six years, the Club have showed me massive, massive respect and obviously I’m very happy to be here. It’s like home, especially with the fans, the players, the staff. There was no decision. It was easy. I’m so happy to be here and will be so glad to see the fans again soon.”

The new manager Nuno Espirito Santo will be happy after the club tieing Son. He can now focus on the bigger issue which is sorting the future of Harry Kane. Rumours are high that he is looking to leave the club for Manchester City in search of winning trophies. The club and Nuno will look to convince Harry on prolonging his stay at the North London club.