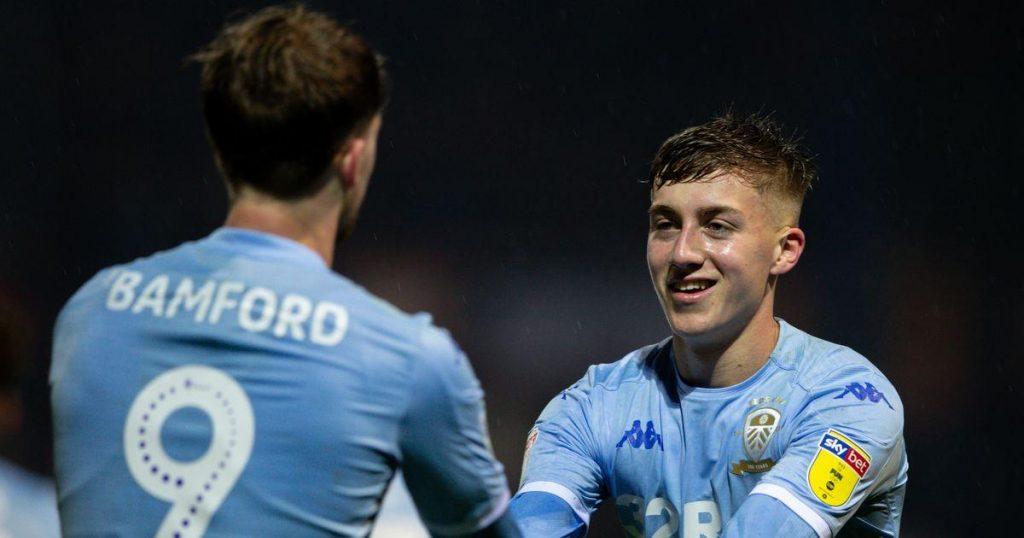 Tottenham’s on loan player Jack Clarke has overcome the law of deterrence at his present club Leeds United and has made incessantly unbelievable performances. His recent performance against Luton Town this weekend brought him laurels from Noel Whelan.

The 18-year-old impressed the former Leeds striker with a performance worth talking. Clarke came in as a substitute in the second-half of Leeds 2-1 win over Luton.

“When he came on, you’re up against a wall of Luton players, players behind the ball. It’s difficult to try and get any kind of space to influence the game.

“But he showed a maturity, not giving the ball away, keeping the ball at the right times especially at the end when we’ve gone 2-1 up.

“He had an opportunity to drive down into the corner, which he did. He didn’t try to do anything fancy, played it back to his teammate. We then kept it for another four or five passes.

“That shows a player who realises it’s about the game management, not about doing something tricky and for yourself down that wing.”

The winger won laurels by keeping things simple and effective. Not trying to be audacious or pretending to be one, Clarke displayed a game coupled of maturity and talent. And the stats are exemplary.

The Tottenham on-loan winger played one key pass, had a pass accuracy of 100%, took nine touches, and attempted one dribble. This was teenager’s first performance in the Championship which have penned for future games to come.

Leeds are presently second at the Championship with 34 points and if Clarke keeps on finding winning ways for his loan club, he will surely take them to the Premier League next season.