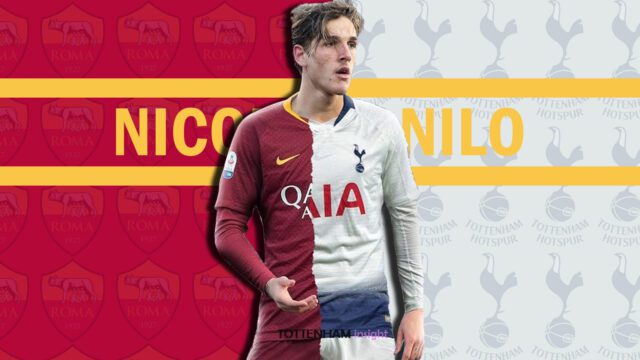 As we all know, camp Tottenham is all over the news for their transfers right now. Coach Antonio Conte is hawk-eyeing every talent that they could potentially bring in. They’ve been attached to one name in particular recently in Nicolo Zaniolo. The Italian attacking midfielder has been making the news for quite some time now with Spurs being claimed as his biggest possible destination. However, according to the reports by Evening Standard, Jose Mourinho’s side has wimp out of the negotiation table recently and a move to North London could likely be off.

Getting to the asking price, AS Roma asked around €50m for Zaniolo which is a bit off-putting, especially considering the injuries he has had off-late on both his knees. It gets a little scary to dump big money on a young lad who has a bit of an injury history, irrespective of how talented the lad is.

Dan Kilpatrick, curiously, makes it sound like Roma offered the Italian to N17 in the first place at half-a-million dollars and Tottenham didn’t pursue any of that despite years of links and as soon as Fabio Paratici went behind it and media started to get behind this, the Rome based club had “a change of heart.” Bit weird, inn-it?

The silver lining in this situation, though, comes out in the form of Lucas Paquetá. His current team Lyon has dropped their price for the Brazilian. Arsenal are linked with a move for Lucas and Spurs can very well get in on this considering what he has been doing in France for the last couple of years.