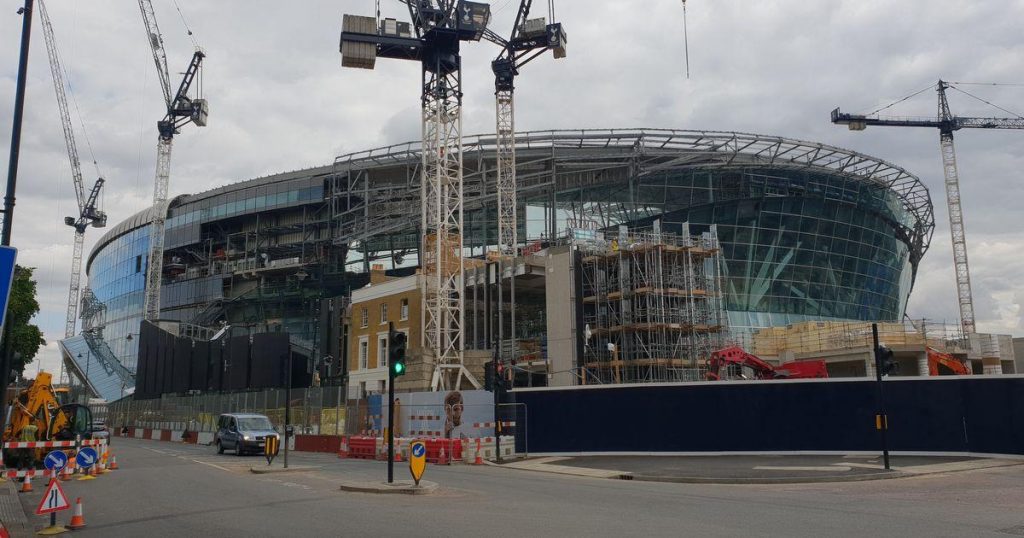 The Oakland Raiders and Seattle Seahawks are all set to battle on Oct. 14 at 13:00 HRS.

It will be the first match scheduled to be played in the new ‘Tottenham HotSpur stadium’ .

However, the problem is that the new stadium may not be ready on time for the NFL affair.

According to The Standard, despite 3,000 contractors working to finish the work as soon as possible, the work has been delayed.

The Tottenham Hotspur soccer team were also scheduled to play a match right before the NFL match but its highly unlikely that the match will be played in the stadium.

This led to the NFL UK to address the issue directly as the Seahawks’ training camp started up on Thursday.

“We are looking forward to playing our first game at the magnificent new Tottenham HotSpur Stadium on October 14, when the Oakland Raiders host the Seattle Seahawks,” NFL UK’s statement released via Twitter began. “Hospitality ticket sales have been strong, with inventory selling out within minutes, and general admission sales will commence on September 4, as has always been planned.

“In the meantime, we will retain the option of playing the game at Wembley Stadium should the circumstances relating to the new Tottenham stadium build make that necessary. Any new stadium construction has an element of timing risk. And our priority has always been to ensure that this great match-up can be played in London on the scheduled date and time.”

If the match-up is moved to Wembley – the stadium will have to host three matches in as many weeks and the question is ‘Can the ground be maintained as per the requirements of the Match?’