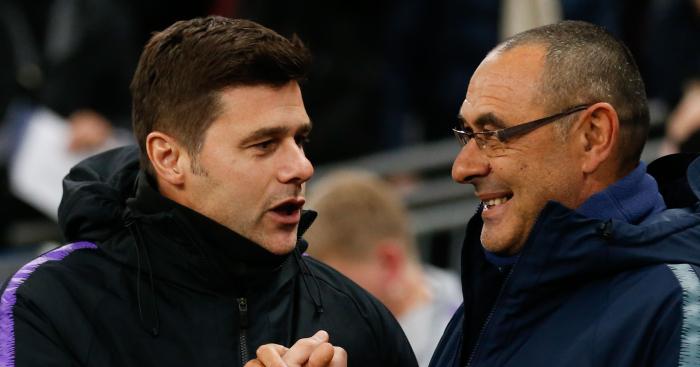 Maurizio Sarri has praised Manager Pochettino after his sides 1-0 defeat against Spurs in the 1st leg of the EFL semi-final.

Since his arrival at Tottenham, Pochettino has guided the club to back to back top 4 finish in the last 3 seasons and made them a title competitive side.

Still, after 5 seasons, Pochettino is yet to lift his first silverware with the club. Spurs lost one EFL final against Chelsea and a no of semi-finals in the FA cup and EFL cup while also finishing 2nd in the league in 2016.

Saarri is having his first season at the club and is targetting domestic cups to win his first trophy in his first season.
Sarri said: “I agree he (Pochettino) has to win a trophy, I hope not this (one). Do I have to win one? I think it is the same of course but Pochettino is in Tottenham from four years ago and I am here from six months.”