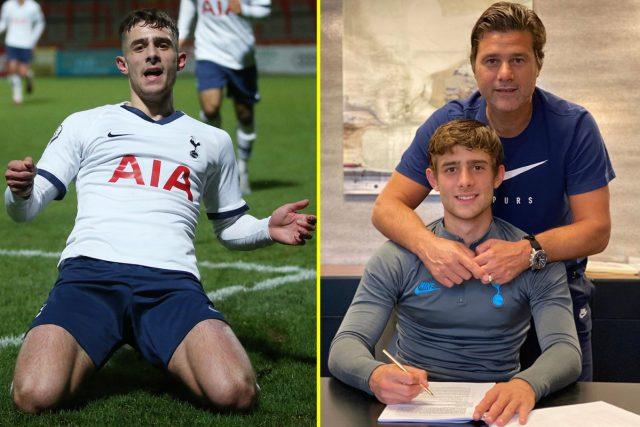 The 19-year-old winger was set to leave the club this summer but on the deadline day, he has extended his contract, despite his father’s sacking last year. Both have similar names and the only difference in their names is the letter ‘z’. Maurizio posted a picture of him on Instagram with his father with the caption: “Looking forwards to the new season. #COYS”.

In the above picture, Mauricio Pochettino can be seen wearing a t-shirt with Spurs written on it with his son, Maurizio. Mauricio Pochettino was sacked from the managerial position in November last year due to a poor start to 2019-20 campaign after taking them to their first Champions League last season.

His son Maurizio joined the Lilywhites three years ago and has progressed through the youth ranks of the club to feature for the U23s. He joined the club’s U18s in 2017. Jose Mourinho is yet to hand him his first-team debut as the club already has many established wingers in Erik Lamela, Lucas Moura, Heung-Min Son and Steven Bergwijn and he will always be behind them in the pecking order.

The picture which Maurizio Pochettino posted with his father on Instagram has brought a reaction from fans. Tottenham fans have gone wild after seeing their former manager wearing Spurs’ t-shirt. Maurizio’s brother Sebastian Pochettino was the first-team’s conditioning coach and left the club after the sacking of his father last year.