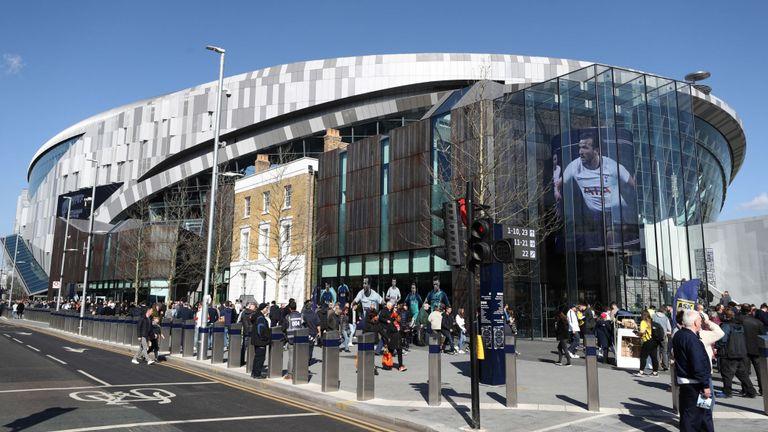 Spurs finally played their first official game in their new stadium as they hosted Crystal Palace. The match with scoreline of 2-0 with Son and Eriksen on the score-sheets as Spurs marked the historic night with victory and ending their string of 5 straight defeats in the Premiere league.

After much anticipation and almost 8 months, of delay finally Spurs played their first game in their new stadium. The night was amazing and will be written down in history books as it marks a new beginning for Tottenham.

“If you want to compare to Barcelona, Bayern Munich, Juventus or Real Madrid, you can’t think you are Tottenham with 36,000. We need to think like a big club and that is the most important step that we need to make. Of course, you say to me: ‘With you? Without you?’ I don’t know. That is about Daniel.”

“Over the next five years in my mind we are going to finish [the chapter] and we need to close the chapters and we need to start thinking we are a club in different dimensions – we are not in Chigwell any more we are not at White Hart Lane with 36,000. The magnitude of the club has grown 10 times, 100 times. We are in another dimension. We cannot operate in the same way as five years ago.

“The people sometimes say an opinion of Tottenham is like Liverpool. In what? Yes now we are going to be better than Liverpool because we have a better stadium and better training ground. Yes but now is another thing to compete as we need to operate maybe similar to them in the future or not. We will see which is the project.

“Now we need to behave like a big club in every single aspect and every single department. That is only my point when I talk with Daniel.”

And, speaking of talks with Levy, when probed on the importance of this summer’s transfer window, the 47-year-old proclaimed: “It’s going to be massive.” His response to whether it would be the biggest of his reign was short but sweet: “Yes.”

Spurs will next host Manchester City in their new stadium for the Champions League quarter-finals 1 leg as they look to avoid another trophyless campaign.