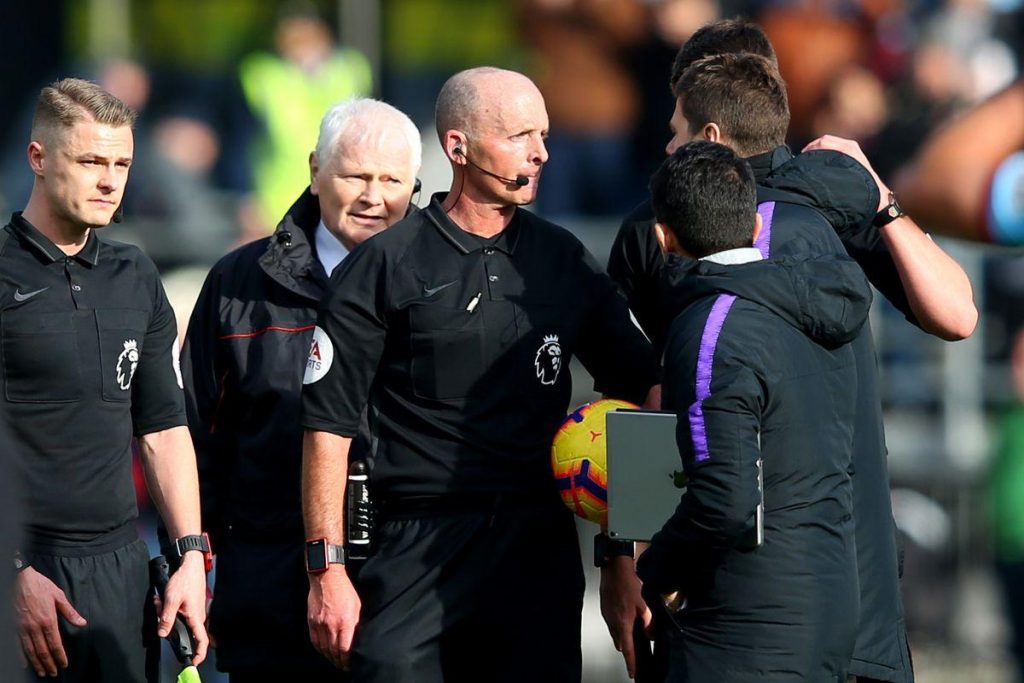 Spurs Manager Mauricio Pochettino has been fined with a two-game touchline ban and £10,000 for his inappropriate behaviour towards referee Mike Dean after the match against Burnley.

Spurs lost 2-1 against Burnley and the Manager was not pleased with some of the decisions of the referee, including the awarding of a corner for the Clarets’ opening goal.

After the final whistle blew Pochettino confronted the referee before ultimately being dragged away by Phil Bardsley.

[1/2] Mauricio Pochettino has been fined £10,000 and will serve a two-match touchline ban following an Independent Regulatory Commission hearing. pic.twitter.com/lrik2KC8te

In an official statement, a spokesperson for the FA explained: “Mauricio Pochettino has been fined £10,000 and will serve a two-match touchline ban following an Independent Regulatory Commission hearing.

“The Tottenham Hotspur manager accepted an improper conduct charge from The FA, which resulted from his language and/or behaviour – both on the pitch and in or around the tunnel area – at the end of the game against Burnley on 23 February.”

Pochettino after the match admitted he had “crossed the line” in the confrontation.

Spurs, on the other hand, have booked their place in the Quarterfinals of the Champions League for the 2nd time in their history after defeating German side Borussia Dortmund 4-0 on aggregate.