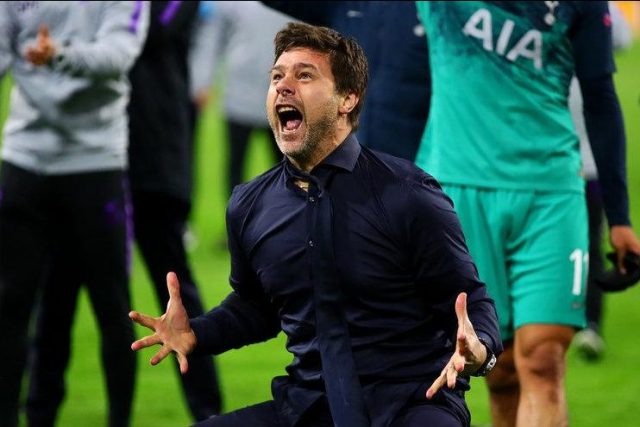 Ex-Tottenham manager Mauricio Pochettino says that he his hoping of returning back to the Premier League with Tottenham and finish the job he started by winning a trophy at the club.

He was sacked from the job earlier this season in November after a series of poor results left the club in the second half of the table. His greatest achievement at the club perhaps was leading them to the Champions League final in 2019, ultimately losing to Liverpool in Madrid, despite not signing a single player for a period of almost 18 months.

Having joined the North London club, from Southampton in 2014, he helped transform the club nurturing talents such as Harry Kane, Dele Alli and Heung-min Son and finishing four times in the top-four, twice as runners-up.

Football pundit Gary Lineker tweeted after the news came of Poch’s sack, “He helped the club to punch massively above their weight for years. Good luck with finding a better replacement…ain’t gonna happen.”

In an interview with BT Sport, Pochettino talked about his 5 years at the club, ‘It was an amazing journey, we were so close to winning the right trophies, the Premier League, the Champions League.’

“From the day that I left the club, my dream is to one day be back and finish the work we didn’t finish…”

“Deep inside I would like one day to be back, this club is special.”

Mauricio Pochettino wants to return in the future ⚪️#UCLThrowbackpic.twitter.com/khUGv8hqqZ

‘Maybe in five years maybe in 10 years, but before I die I want to manage Tottenham again and try, if it is possible, to win one title.’

‘I want to feel what it means to win one title with Tottenham because the fans are amazing, all the love we received was amazing and that is a good opportunity to pay back all the love they showed us from day one.’

The Argentine has recently been linked with the Newcastle job, with the prospective new Saudi Arabian owners looking to bring in a world class manager to the club.

Despite not winning a single trophy during his tenure at Tottenham, Pochettino was loved and supported by the fans till the very end and hopes he will return someday to guide the club to silverware.