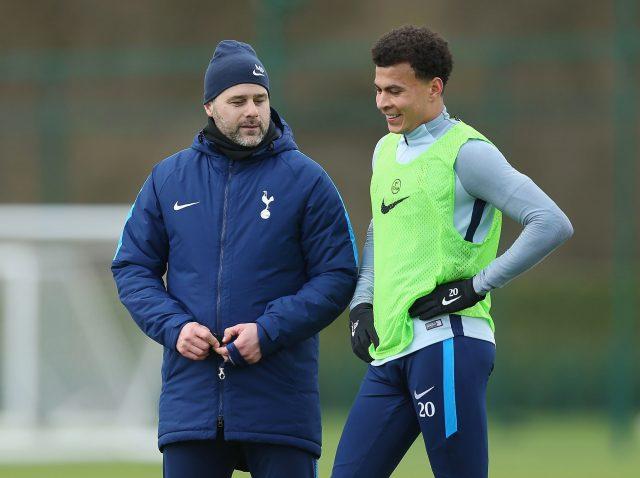 In some positive news for out of favor Tottenham Hotspur star Dele Alli, former manager Mauricio Pochettino has compared him to legends Ronaldinho and Diego Maradona.

Mauricio Pochettino is one of the biggest reasons why Dele Alli is considered one of the brightest talents in English football today and said that these three players shared the same charisma, and it was something the kids loved and followed.

“Maradona’s charisma and the energy made him so special. When he arrived in the room everyone wanted to touch him, talk to him, go ask for a picture but his energy and charisma was amazing. Another player with charisma was Ronaldinho, when he played at PSG. Dele had this type of charisma – but what an amazing player Ronaldinho was. Dele has this charisma that the kids love and follow. Different talents, different characteristics but Ronaldinho and Maradona have this special energy that you know is a special energy.”

When quizzed that Alli was being treated unfairly by the current boss Jose Mourinho, Poch said,

“I need to be respectful with the current manager, Jose. It’s not my responsibility. What I can talk about on Dele is that he was an amazing player for us. When he arrived from MK Dons he had the energy and the aggressiveness. When he gets to the edge of the line (mentally), you always need to try to help him, to tell him to creep one step back. When he appeared he was an amazing talent for everyone. Of course he’s still young but I think we enjoyed a lot together,”

Dele is enduring a tough time in North London currently with a host of clubs like PSG and Real Madrid linked to the 37 capped English International but if the Ndombele situation is anything to go by he may make a comeback into this hugely exciting Tottenham team.