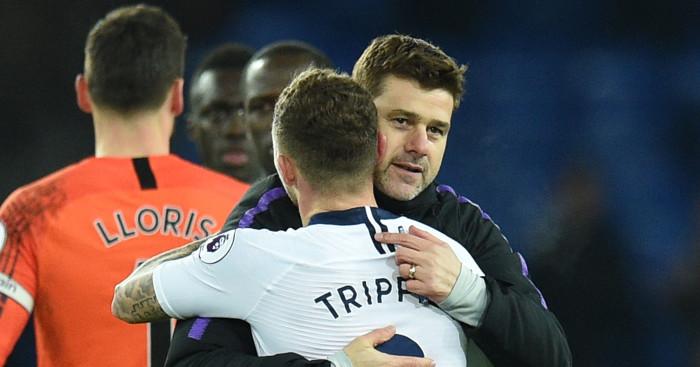 Spurs will look to sign new players in the winter transfer window as they look to claim their first silverware since 2008.

Pochettino spoke in his pre-match press conference and said answered questions about transfers by saying: “I told you before, we’re always open but it’s going to be difficult – maybe not impossible but difficult, yes.”

Pochettino added: “Yes maybe every day we talk but it depends on if players are going to leave, and to have space to sign players. It depends on players out and then we’re going to see if we can add some quality to help the team.

“But I think it’s not going to be easy to add players in January. For sure it’s going to be tough to add.”

After five consecutive wins, Spurs sit second in the Premier League table six points off leaders Liverpool. They come off the back of an emphatic win on Boxing Day, when they smashed Bournemouth 5-0 at Wembley Stadium.

Tottenham have been linked to Youngster Tanguy Ndombele and Jack Grealish who they failed to sign in the summer transfer window. Moussa Dembele has been linked with a move away to french side AS Monaco.

Tottenham next host Wolverhampton at home before travelling to Cardiff for their last fixture of the year.