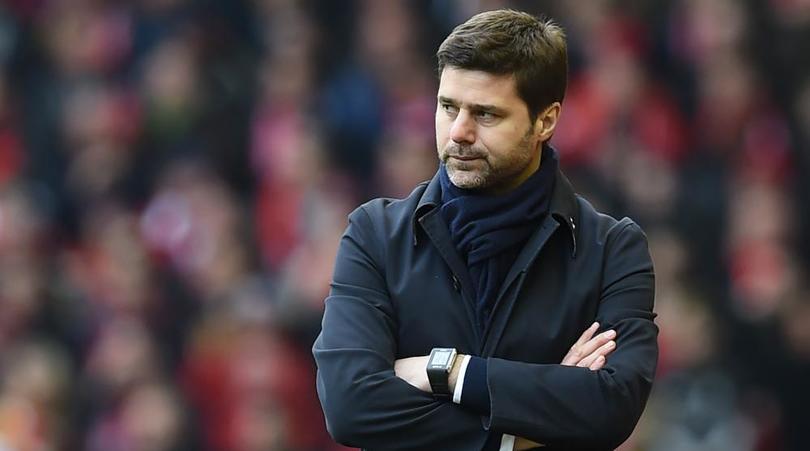 Tottenham Manager Mauricio Pochettino was at the centre of a lot of rumours when the sacking of United Manager Mourinho was announced. United had Pochettino as their top priority having failed to get his signature in the past.

However, since the appointment of Solskjaer, the United side has been a revelation and have just lost a match since his appointment in January. Recently United also United overturned a 2-0 deficit against PSG to knock them out of the Champions league and book their place in the Quarterfinals of the Champions League.

With fans, legends, players and experts all backing United to appoint Solskjaer on a permanent basis it is likely the club will do so. However United are not the only team behind Spurs manager Pochettino as Real Madrid and PSG have also time and again shown their interest and appreciation for the Argentine manager.

Since the departure of Ronaldo and Zidane Real Madrid have only struggled and after being knocked out from the Copa del Rey, Champions in a span of 6 days and also 12 points behind leaders Barcelona in the league the clubs seasons have ended on a disastrous note. After Zidane Lopetegui was appointed and Real Madrid was consistently poor under him which saw them lose against teams like Alaves and Levante and after the 5-0 humiliation at the Camp Nou the manager was sacked by the club.

Santiago Solari was appointed as the manager and under him, the team were not bad but neither too good. After the 3-1 victory against Athletico Madrid, it looked as if Real Madrid could turn things around however since then Madrid only managed to win 2 of their next 6 matches and were knocked out from the Copa Del Rey and Champions League. Moreover, Madrid also faced back to back defeats against Barcelona at the Santiago Bearnbeau as Barcelona became the first club to defeat Madrid 4 times consecutively at the Barbeau and Madrid failed to score a single goal in both the matches.

Another team PSG who have shown domination domestically over the last few years but their main aim of lifting a Champions League title has never been achieved. Unai Emery was appointed to guide the team to Champions League victory, Neymar and Mbappe were signed for than £500million to achieve their dream of lifting the Champions league but PSG only managed to reach the Last 16 over the seasons as a result of which Emery was sacked and Dortmund manager Thomas Tuchel was appointed. But PSG has again been knocked out from the Round of 16 at the hands of Manchester United.

As both the dreams have high ambitions and have had a poor season it is likely the club will be willing to part ways with their manager in search of more Glory. Pochettino during his playing days has played for PSG for 2 years and before becoming the coach of Spurs had expressed his desire to manage the French club.

With Spurs on the course to end their season trophyless yet again and Manager Pochettino expressing his frustration over the lack of signings and funds given to him to sign new players. The manager could be lured away to either Madrid or PSG as both the clubs have a lot of cash to splurge. And with Pochettino delivering better results even without spending half of the amount that both the clubs have spent over the last few years, there are no doubts and concerns regarding the ability of Manager Pochettino.

Since taking over Spurs in 2014 Pochettino has converted the mid-table team into a title fighting side and has finished in the last 4 over the last 3 seasons narrowly missing out on the league title in the 2015-16 season.