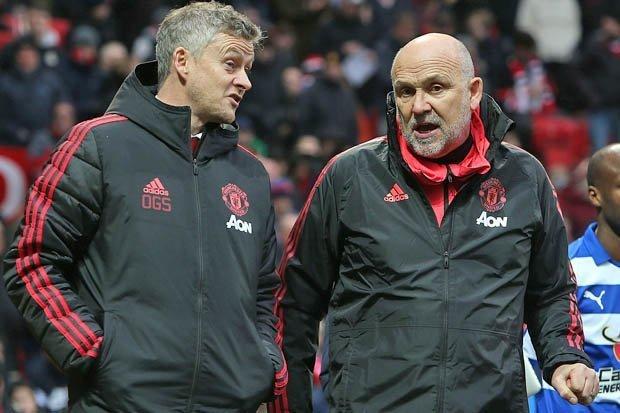 Spurs take on Chelsea in EFL cup before facing Manchester United in the Premier League. In the previous fixture at the Old Trafford spurs defeated United 3-0. The match against Spurs will be the first real test of interim manager Solskjaer since his appointment in December after the sacking of Mourinho.

Solskjaer has won his first 5 matches with the club but will face a tough competition against Spurs who have only been defeated once in their last 10 matches.

United coach Mike Phelan has given an insight into the approach for Ole and his side.
Phelan told Stadium Astro (as reported by Manchester Evening News): “We’re in a rich vein of form now. What we have asked them to do, the players have done.

“There are lots of areas of the game we can improve on. That’s the beauty of it now. We can actually analyse the games that we have played and sometimes we have been fantastic going forward and a little bit sloppy defending.
“But the players now know both sides of the coin so we can work on that now and that will be our intention leading up to the Tottenham game because that will be a different test.

“But it’s Wembley – I’m sure Manchester United players love Wembley. I think it’s going to be a great football match and, obviously, Manchester United have to turn up and do what we’re doing, and do more and I think we can do that.”

Spurs now host Manchester on January 13 and will be without the like of their star Heung min son.