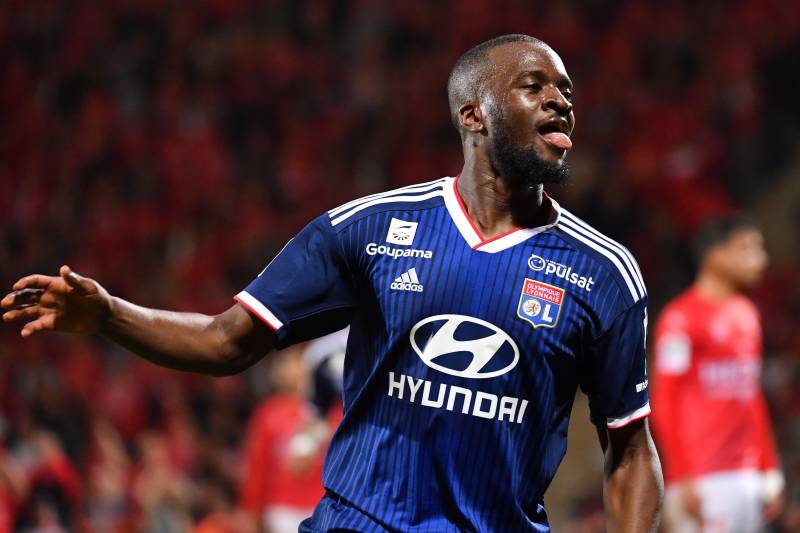 Jean-Michel Aulas, president of Olympique Lyon, revealed Tanguy Ndombele could leave the club this summer to join Tottenham but none have met the club’s valuation.

Tottenham have been linked with a move for player since the inception of the transfer window. Spurs were also willing to break their club record fee for signing the player, and are also willing to offer him a wage of £200,000 a week contract to put him on par with Harry Kane.

Speaking at a press conference on Tuesday to announce the arrival of Jean-Luc Vasseur as the new manager of Lyon’s women’s team, President Michel Aulas also discussed Ndombele’s potential departure.

He said: “In terms of the chronology, before accepting the transfer of Ferland Mendy to Madrid, we signed the young international U17 Belgian, Heritier Deyonge, from PSV Eindhoven.

“What I can say to you is if you see a very good box-to-box midfield youngster arrive, in the coming days, then there will be a chance that Tanguy Ndombele leaves, but for the moment, we have not received offers of the level that we feel is a just price.”

WATCH: This Is Why Every Big Team Wants Tanguy Ndombele

Ndombele is open to moving to Tottenham this summer as the Frenchman opened up about on Spurs links earlier this week, “It’s true.

“Tottenham are a big club, they finished in 4th place in their league, they were Champions League finalists – which player would not be interested in a big club?”