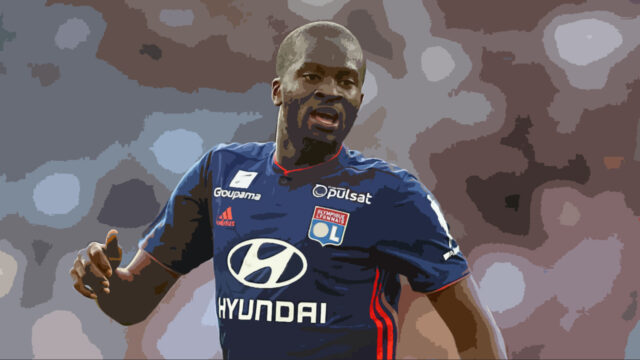 Tanguy Ndombélé has been ringing back to the past with his return to Olympique Lyonnais in January, though owing to his performances in France many are claiming that he will mark a return to Lyon beyond the upcoming summer – though is it viable?

Ndombélé did not have the best of his years in England, especially after the transfer fees he claimed. It was a bit of a rough patch with glimpses of purple though he found it difficult to adjust to life in London and the appointment of Antonio Conte was kind of a final nail to his time at Spurs Way. Problems were beyond Conte here, Ndombélé looked far from himself under Jose Mourinho where following multiple chances he was demoted down the pecking order and benched (at times for months).

Having failed to establish his place in Antonio Conte’s eleven, he had to look for options beyond when Lyon called for a gateway. In the loan deal with Lyon, Tottenham have managed to slide in a €60m buying option (which honestly, in my opinion, will be a surprise if Lyon were to trigger considering the hefty fee).

Though he is having a bit of a roller-coaster time with Lyon as well, especially after yesterday’s performance against West Ham in Europa League where he was all over the place. Many Tottenham faithful took to Twitter to express their concerns over him and if his sales is probable over a commanding transfer fee. His work-rate is a bit volatile, sometimes you’d watch him everywhere and at times you’d struggle to spot for Tanguy and knowing the stakes at N17, these sorts of displays will be far from accepted if he were to return to Tottenham, especially with Antonio Conte at the helm.

Though as stated earlier, a return to Lyon could be a probable deal come the summer as Ndombélé has been praised for his on-the-training-ground antics time and time again at Lyon with Foot Mercato insisting that the Frenchman has managed to rekindle his old relationships and make new respected ones. He has set an example for various faces among the squad and has taken the young guns under his wings as he ‘advises youngsters like Castello Lukeba or Malo Gusto’. Tanguy has also ‘found an old friend like Moussa Dembélé’, someone who pushed for bringing him back.

Though Foot Mercato went on to suggest that despite the light that Tanguy Ndombélé has been, Olympique Lyon ‘will not trigger his important option to buy’, and he ‘will return to Tottenham this summer.’