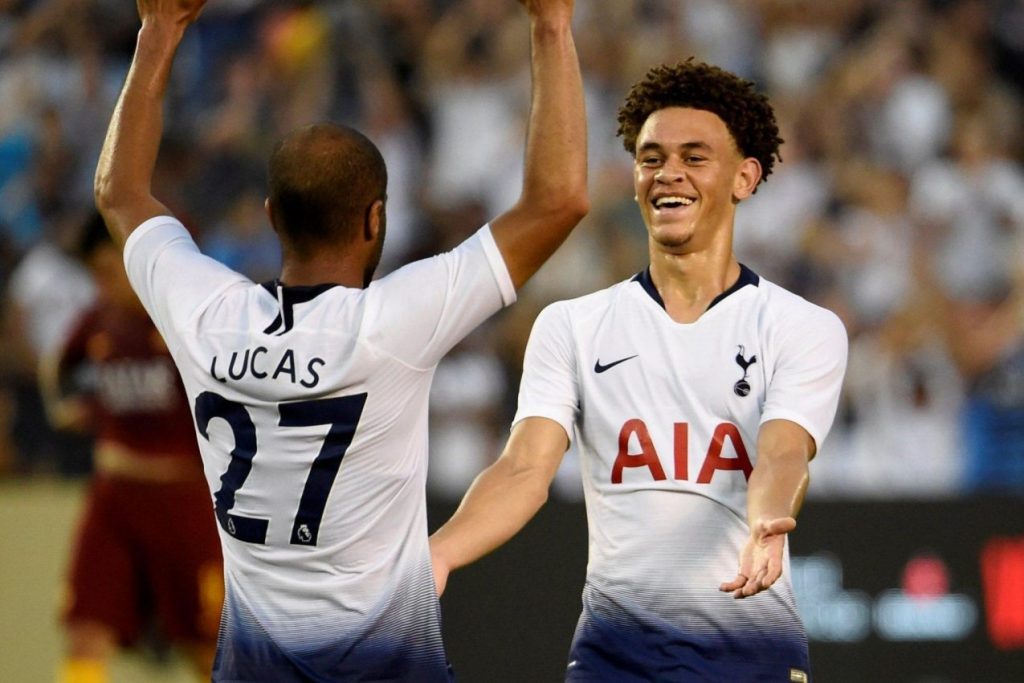 After impressing with his performance in the pre-season, Tottenham youngster Luke Amos made his first team debut for the North London side.

Luke Amos made his Premier League debut for Tottenham in Spurs 2-1 victory over Newcastle United at the St James’ Park on Sunday.

With just 2 minutes of normal time remaining Luke Amos replaced Eric Dier on the pitch to make his first appearance for Spurs in the Premier league.

Manager Pochettino was seen shouting and motivating the player from the sideline. He was seen grabbing Amos by the back of the neck, shaking him good naturedly and shouting something to him with plenty of passion in his voice.

After the game Pochettino was asked about what he said to Amos and he replied, “He was so relaxed and calm and I said ‘Come on, you need to show energy’,” revealed Pochettino.

“He was so calm and relaxed and I said to him you just play how you know how to play, easy and enjoy. Football is about enjoyment.”