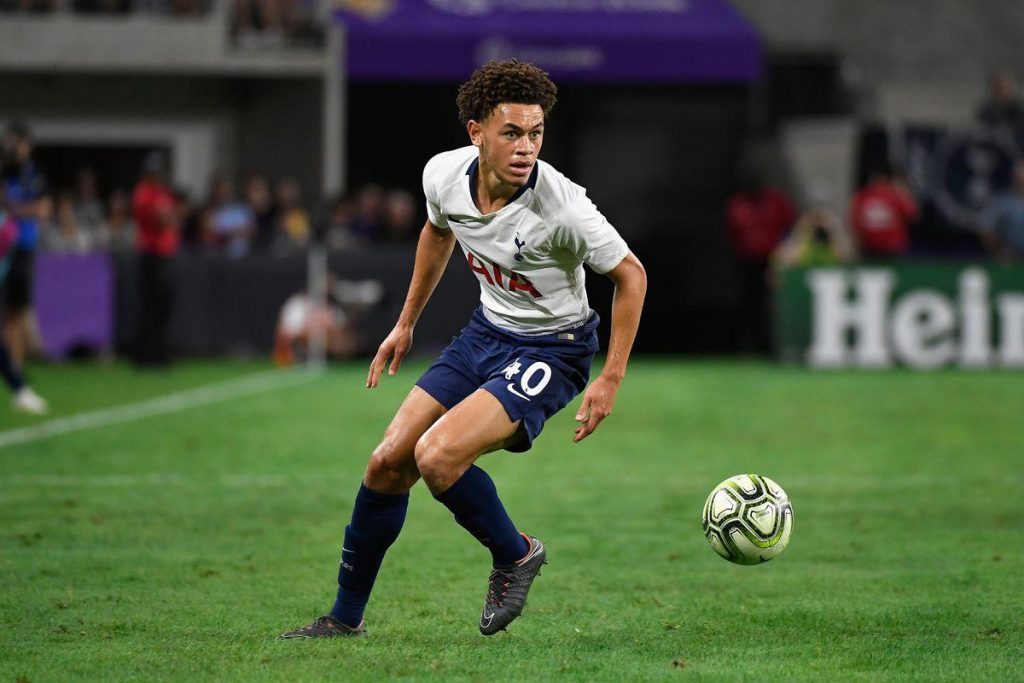 Dreams do come true and sometimes unexpectedly earlier. Tottenham’s Luke Amos looked cheerful following his pre-season tour with the team where he faced Barcelona. It was an unbelievable experience for the youngster as he played as a late substitute in the match.

“It’s definitely been interesting for us, We didn’t look this far ahead last year but it’s crazy now, having been out here playing Barcelona.

“Life’s crazy. You think you know what’s going to happen but you can never predict it.

“Last year was a completely different preseason to this year, and I’m enjoying every minute of it. Oliver’s a top player too, definitely one for the future.”

Luke Amos named his idols whom he admired while growing up and, also extolled Chelsea’s N’Golo Kante for being an extraordinary midfielder.

“I love to watch Kante and see all the plaudits he’s getting. Maybe in the past players [like him] didn’t get that, so to see Kante and all the praise he’s getting is really good to hear.

“It’s just his all-around game, his energy, running, tackling, passing. He’s taken the defensive midfield or box-to-box midfield role to a new level with his energy.

“I’d say I’m a box-to-box, defensive-minded player. I’m not a No. 10, I’m not a tricky winger. I just focus on running, passing, getting on the ball, making things happen, stopping things — everything really.

“It’s something Kante does as well, so if I can be anything like him I’d like that.”

Luke Amos gave the example of some of the youth academy graduates who have made it big in the football world. He said that it makes him believe in himself and look towards fulfilling his ambitions.

“It’s amazing to see, it gives you that extra motivation because you can see it, you can see the path. You see what Winksy [Harry Winks] has done, Ryan Mason. Obviously, Harry Kane is now at the top of the world.

“It’s definitely something the coaches say — that it’s doable. When you’re walking around the training ground there are all these players that have made it. You come in each day and think ‘I’ve got to make sure I work hard so I get there.”

Luke Amos along with Oliver Skipp is one of the brightest talents emerging from the Tottenham’s youth ranks and is seen as the clubs future prospects.