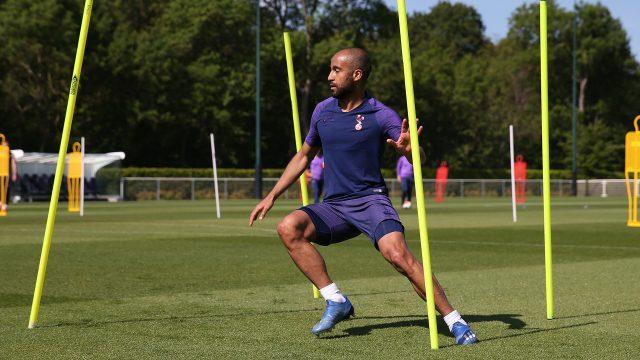 All eyes were seemingly turned towards Jose Mourinho when he announced the lineup for the clash against Manchester United. While players like Harry Kane and Son Heung-Min were included in the starting eleven, the Brazilian star Lucas Moura didn’t even make it to the bench. It certainly came as a surprise to Tottenham supporters as he is an important part of the team.

Journalist Jonathan Veal revealed that the 27-year-old picked up an injury during Spurs’ training sessions preceding the match. He was merely a squad player under Mauricio Pochettino but had found his feet under Jose Mourinho.

Spurs evidently seemed to miss him as they struggled to counter against a dominant United in the second half. The Red Devils went behind in the 27th minute through Steven Bergwijn’s powerful strike but got back in the game when Paul Pogba won a penalty in the 89th minute and Bruno Fernandes equalised from the spot. The North Londoners struggled to attack in the second half and could’ve used the Brazilian’s expertise and prowess. They now sit eighth, four points from a European spot.