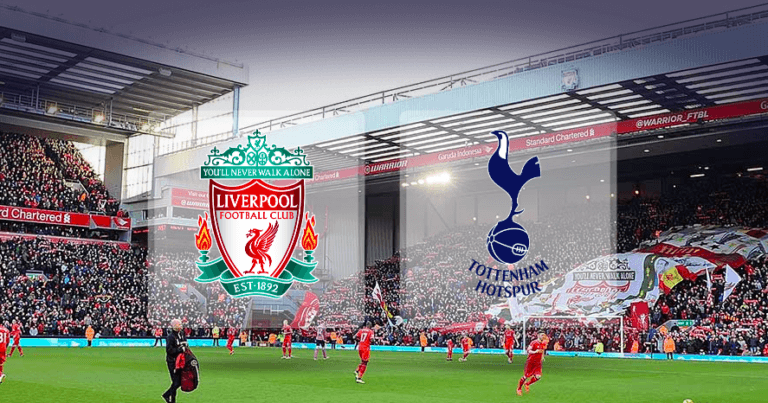 Tottenham will travel to the Anfield after a string of poor performances in the league which ended their title run. Spurs have only won 1 of their last 5 matches in the Premier league.

Liverpool, on the other hand, will look to continue their fine run of form and win every single as they look to lift their 1st Premiere league title after 29 years.

Spurs need a victory to ensure they finish in the top 4 this season while if Liverpool lose they will throw away the title to Manchester City who already have a one point lead against them.

The two sides have faced each other on 171 occasions and Liverpool have the upperhand with 81 victories compared to Spurs 48 victories while 42 of them ended in a draw.

The reverse fixture in September saw Liverpool defeat Spurs 2-1 at the Wembley courtesy of a goal by Wjnadlun and Van Dijk.

Liverpool face Spurs being unbeaten in their last 12 matches across all competitions while Spurs face Liverpool having won only 1 of their last 6 matches.

Both Liverpool and Spurs have booked their place in the quarterfinals of the Champions League and will be facing Porto and Manchester City respectively. Tottenham Hotspur current form is something that should worry their fans but given Spurs players had a rest of almost 11 days before the fixture could prove to be a factor that may change the outcome of the match.

Spurs will be without a number of their important players which includes Dele Alli, Eric Dier and Harry Winks. The trio will miss the fixture because of their injuries and will look to recover as soon as possible to help the team in the most crucial stage of the season.

Liverpool, on the other hand, has a long list of players who will be missing the clash. Chamberlain who has been injured since months and has finally returned to training but there is still time before he returns to the first team.

The other important absentees are defender Lovren and Gomez who have been injured from quite some time. Striker Firmino is also set to miss the fixture because of his ankle injury and Jurgen Klopp will have to choose between Daniel Sturridge and Divock Origi. While Keita, Shaqiri and Alexandra Arnold also remain doubtful for the fixture.