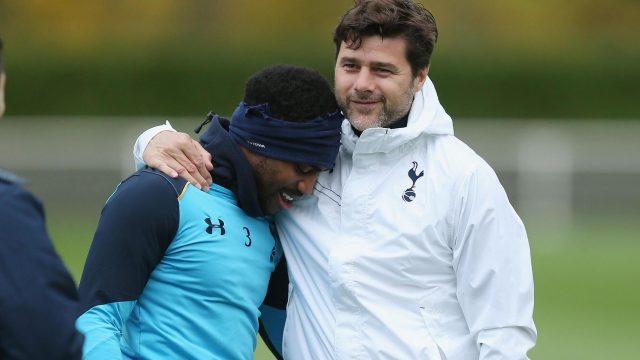 According to beIN Sports’ Eric Krakauer, Leicester City and Leeds United are after the signature of Tottenham’s left-back Danny Rose.

Both clubs have registered an interest in the 30-year-old England international who has continually being at the edge of leaving N17.

Premier league returnee Leeds United are been aiming to strengthen their squad with some experience players, both from the league and abroad, such as the case of Spanish international forward Rodrigo from La Liga outfit Valencia and the continuous interest in Arsenal’s defender Rob Holding.

With the club sealing promotion to the English top-flight following a 16-year absence, signing their former academy graduate could be on the card.

Danny Rose left Elland Road for Tottenham in 2007, as Leeds were relegated from The Championship to League One, conjoined with the club entering administration, Rose’s sale was considered to raise some needed funds for the club.

Tottenham signed Danny Rose for a transfer fee reported to be in the region of £1million, and went on to establish himself as one of the best left back in the Premier league, making the PFA Team of the Year twice.

Though, the England international established himself as a left winger, rather than his earlier unfamiliar role at left back, but upon his move to Tottenham the then Spurs head coach Redknapp later revealed that he had to persuade Rose at that time, to convert him from a left winger to a left back, arguing that it would be of Rose interest and only way to play for the England senior team.

Danny Rose has since became one of England’s best and most consistent left back after the retirement of England’s icons Ashley Cole and Wayne Bridge.

Leicester’s interest in the 30-year-old left has strongly emerged after the Foxes sold their academy graduate and first team left back Ben Chilwell to Chelsea for £50 million.

Leicester City manager Brendan Rodgers as identified Spurs left back, as an ideal replacement for the vacant left back position, considering his experience, consistency and quality of play.

Although Rose’s father Nigel Rose had reiterated his desire to see his son play for Leeds again, and he professed that wish to talkSPORTS and Sky Sports presenter Jim White last summer, after Spurs left him out of the team’s preseason tour of Asia in order to find a new club.

At 30-year-old Rose wouldn’t command much transfer fee, conjoined with the Spurs’ interest in raising some funds from his sale and reduce the club’s wage bill.

Either of Leicester and Leeds will surely appease the left back, considering the chance of playing regularly and making a vital impact in the team’s progress.