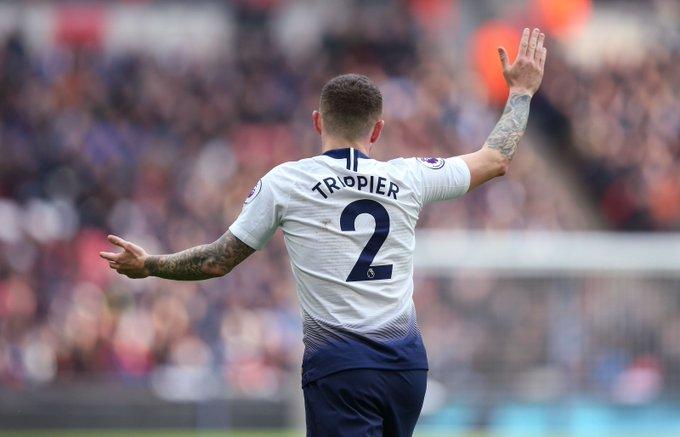 The premier lot of lads have made their way to Hotspur Way today, which marks the start of pre-season BUT there was a surprise among the returning herd.

Spurs’ official twitter account put up a video, where you can see the likes of Eric Dier, Harry Winks, Erik Lamela, Ben Davies, Kyle Walker-Peters and Lucas Moura reporting back to Enfield training base as Mauricio Pochettino & Co. begin preparations for their season opener against newly promoted Aston Villa on August 10th.

Although with all the rumours making rounds in papers, one man wasn’t expected back – Kieran Trippier.

The English international has been highly linked with a move away from Tottenham with renowned Italian clubs chasing his signatures.

With Former Chelsea coach, Maurizio Sarri, returning to Italy with defending Champions Juventus, they remain bookies favourites for Trippier’s possible next destination. Sarri has been an admirer of Kieran’s capabilities which makes his move to Turin increasingly probable.

The rest of the squad will be returning over the coming weeks, although Spurs will miss the services of Juan Foyth, Davinson Sanchez, Serge Aurier and Victor Wanyama, who represented their countries at the Copa America and African Cup of Nations respectively, are given an extended break owing to their workloads and aren’t expected to be seen until August.

Here is the video Tottenham uploaded: