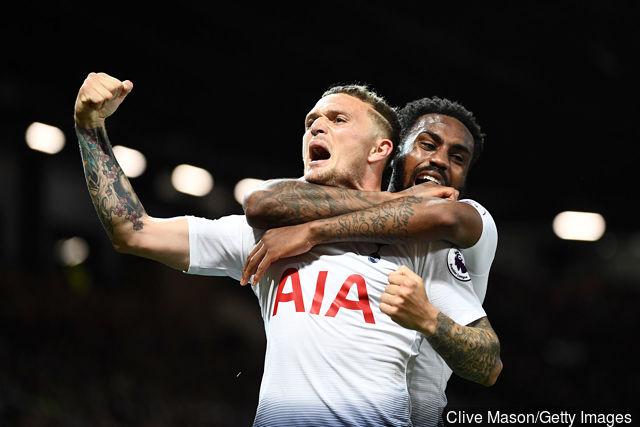 Spurs face Everton today and have a chance to close on the gap with 2nd placed Manchester City as they were defeated at home by Crystal Palace. A win would ensure Tottenham keep up the pressure on Liverpool and Manchester City.

Tottenham have started the seasons very strongly considering what was said for them as they became the first side to not sign a single player in the Transfer window.

Tottenham defender said it is too early to say that Spurs have no chance of winning the premier league.

Trippier said “Every single game we want to win, our mentality is to get the three points,” said Trippier.

“Things are looking good and the last set of results have been perfect for us and we are in every competition at the moment.

“It’s another long season ahead, we’re not even at Christmas yet. So I think it’s too early to tell if we are in the title race or if we are going to win the league.”

Spurs travel to Goodison on the back of a morale-boosting win over north London rivals Arsenal in the Carabao Cup quarter-finals, and have won eight of their 10 away Premier League games so far this season.

But Trippier has been impressed with Everton’s progress under Marco Silva and is wary of a team looking to try and close the gap on the top six.

“It will certainly be a difficult game,” said Trippier, “They have got a great manager and a great team there, he has made some good signings.

“We have been looking at them, their imperfections and how we can try and exploit them, so I’m looking forward to a good football match.”

Serge Aurier, Mousa Dembele, Eric Dier, Jan Vertonghen and Victor Wanyama are all injured and won’t be available for the clash against Everton at the Goodison Park.