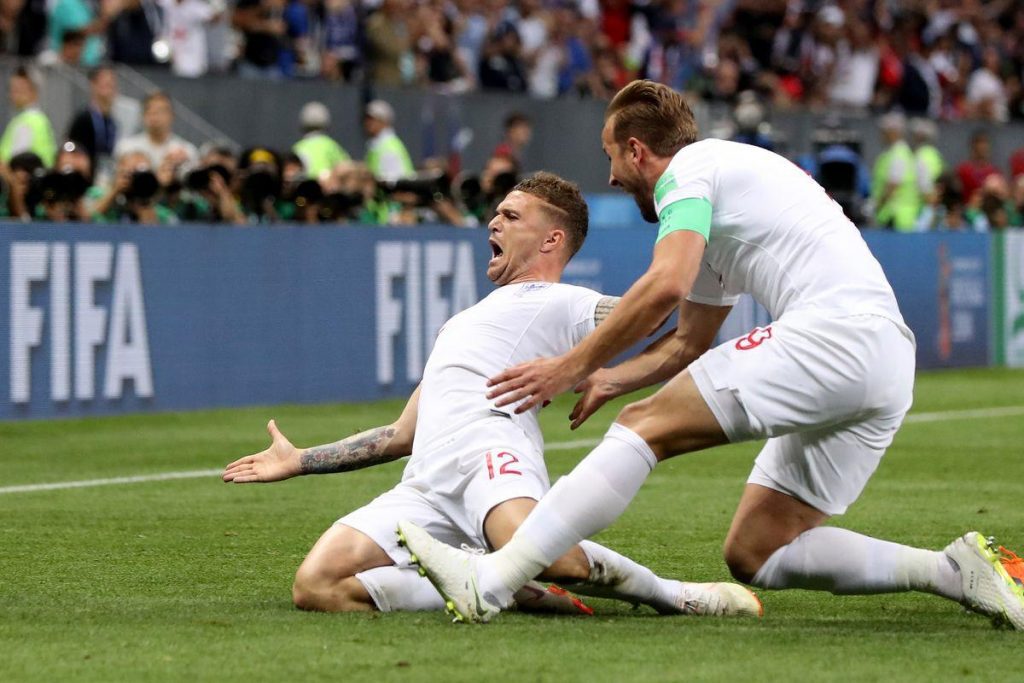 Kieran Trippier arrived at Tottenham from Burnley in the summers of 2015 as an understudy to Kyle Walker in the right back position. But in just two years, he has gone on to become Spurs first choice fullback and also represent English national team at the World Cup, where he scored an inch-perfect freekick goal against Croatia in the Semifinals.

He curled another freekick, this time against Fulham, that caught him the attention of the fans as a potential direct freekick taker for Spurs besides Christian Eriksen. Trippier has been impressive for both Spurs and England and thus, is relishing the limelight.

Trippier had some words to say about his experience at the World Cup and room for improvement, as he quoted, “It’s crazy what a year can do because I only made my debut for England last year and a year later I am playing in a World Cup, I learnt a lot about myself, it gave me a lot of confidence and I am happy to come back with more experience. Hopefully, I can put that to good use.”

On his freekick abilities and competition with Eriksen for striking the dead balls, he said

“In the time I have been here it has been Christian who has taken them and everybody knows how good he is at dead-ball set-pieces, I am happy I managed to get one in Russia and another here. But whoever feels confident in the moment can take it. If Christian wants to take them, no problem.

“I just want to keep on working hard and progressing as a footballer because I am keen to get more of those moments as I had at the World Cup. I am eager and hungry to get more and hopefully, there will be more to come.”

After Kyle Walker’s move to Manchester City last summer, Trippier has established himself as a regular starter for Spurs and his consistently improving himself made Gareth Southgate choose him for England’s World Cup squad.