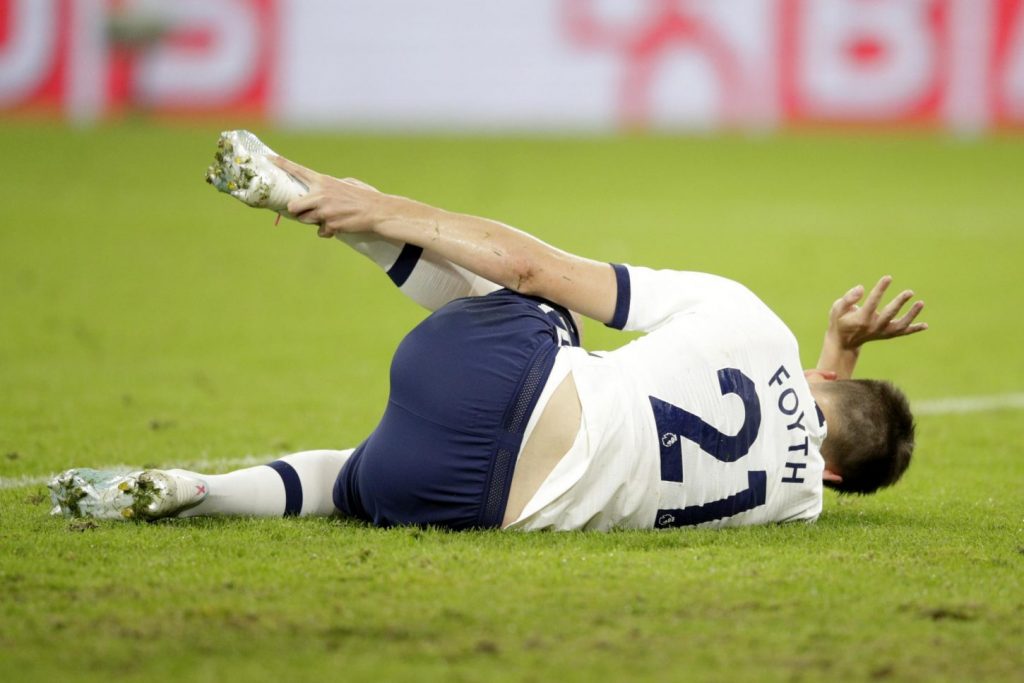 Tottenham Hotspur have received yet another injury blow as defender Juan Foyth has been ruled out of action until September.

The Argentine was stretched off with ankle injury last week against Bayern Munich in Audi Cups finale, and Mauricio Pochettino did have an update after Spurs’ final fixture of their preseason against Inter Milan and he didn’t sound positive.

“With Juan I think the medical staff are going to update in the next few days,” Poch told reporters.

“I cannot say more because I don’t know exactly how much time.

“For sure it’s a tough injury and for sure it is many weeks he is going to be out.

“We hope he can recover as soon as possible.”

But Tottenham’s official website has now confirmed that Juan will miss upto first four Premier League games of the season, that includes trip to Champions Manchester City as well as the North-London Derby against Arsenal.

“After undergoing assessment over the past few days, we can confirm that Juan Foyth has sustained a lateral ligament injury to his left ankle following a challenge in our Audi Cup match against Bayern Munich.

“The Argentina international, who will miss the opening two games of the season due to suspension, will now undergo a period of rehabilitation and is expected to return to training in September.”