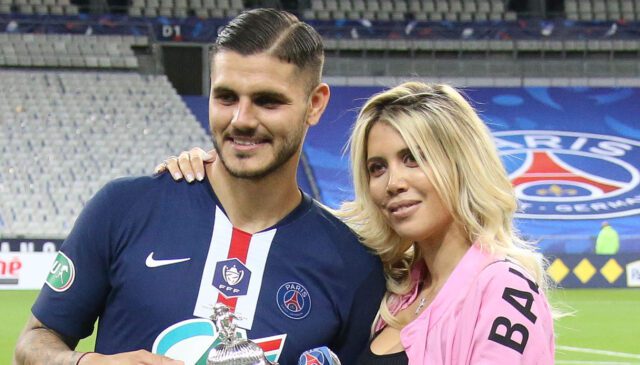 Italian outlet Calciomercato report that former Tottenham gaffer Jose Mourinho is of hope to bring the Argentinian to AS Roma as the Portuguese looks for competition for aging Edin Dzeko upfront.

With an underwhelming series of performances at PSG by his & their standards, Mauro Icardi looks set for a move this summer.

Calciomercato furthers the Icardi transfer claims suggesting the 28-year-old wants to move back to Italy and has already been offered to AC Milan while there also have been reports of contact with Juventus. Interestingly, Roma is a probable destination with the club determined to deliver Jose Mourinho a majestic goalscorer in his first season in Rome.

Last week L’Equipe put out claims linking Mauro Icardi to Tottenham, with Daniel Levy touting him as an option if Harry Kane calls it a day at Hotspur Way.

So if Kane does eventually leave this summer, Spurs will have to go up against former boss to convince Icardi to board the flight to Heathrow.

Although Tottenham does fancy their chances to keep hold of Harry Kane this summer, with no club realistically having the financial backing as of now to persuade Levy into selling. And Mauro won’t come cheap as well, he is on around £149,000-a-week at Paris Saint-Germain.