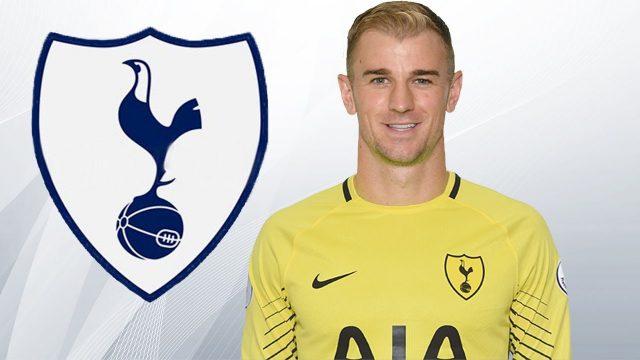 Tottenham are itching closer to making their second signing of the summer transfer window, with Joe Hart said to have undergone his medical check at the club on Monday.

The Times reported earlier this morning that Jose Mourinho’s side are considering a shock move for the former England international this summer, with the north London club looking to recruit a ‘homegrown’ reserve goalkeeper.

Hart left Burnley after the expiration of his contract on June 30, becoming a free agent.

Teams in the Premier League are only allowed to have 17 oversees players in their 25-man squads, with Tottenham posing too many of such players who do not count as home-grown.

The 33-year-old was shipped out of Manchester City following the arrival of Pep Guardiola at the Etihad Stadium, becoming surplus to requirements at the club having previously won the Premier League twice with the Citizens.

He subsequently dropped down the pecking order at club, which led to him enjoining loan spells to Torino and West Ham United before a permanent move to Burnley in 2018.

However, his place in the Clarets team came under threat midway through the first season of his two years contract at Turf Moor – being displaced by Tom Heating, before spending the 2019-20 campaign on the bench as a back up to Nick Pope.

He made just three appearances in post in the just ended season for Sean Dyche’s side.Hart is expected to compete with first choice goalkeeper Hugo Lloris and Paulo Gazzaniga for a place in Mourinho’s team ahead of the 2020/21 season.

He is expected to sign a two-year deal with the north London outfit, which will run through until the end of the 2021/22 campaign. And former Tottenham forward Darren Bent has questioned if Hart will get game time at the Tottenham Hotspur Stadium, claiming that he ‘still has a lot to offer’.