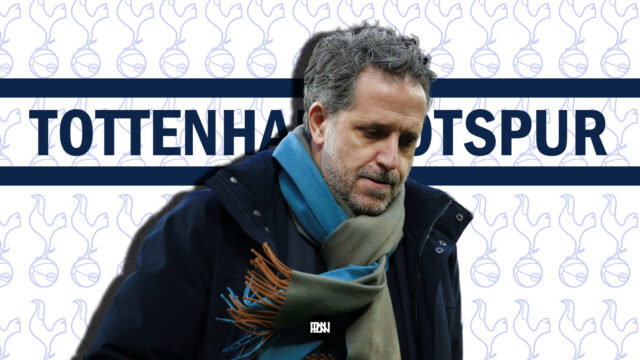 In a surprising turn of events, Adama Traore – the man destined to join the London club – has made a return to Camp Nou. Although, there is a feeling of discontentment amongst the support at White Hart Lane. The Blaugrana faithful, however, are going through mixed sets of emotions. All positive, we suppose.

Now that the Italian’s hope of bringing in a solid winger has been tainted. He is looking further for varied options, in a bid to strengthen the squad. Allegedly, Luis Diaz was Spurs’ next target. The Columbian winger of Porto has attracted the interest of many clubs, due to his scintillating form this season. However, trusted sources like Paul Joyce, David Ornstein, have reported that Liverpool have Hijacked the Columbian’s bid from under the noses of their competitors. A hard blow for Spurs’ faithful, who were at least hoping for a new signing this winter.

Given the fact that Liverpool are closing in on the signing of Diaz, now both of the Spurs’ probable target wingers have been stolen from their grasps. This comes with a big blow to Conte’s future plans towards the club.

Although, there is not much that could be done now. The Italian manager, though, is keen on releasing the players who are proving to be a liability than an asset. Likes of Ndombele and Dele Alli, mainly, look a lot rusty whenever they have come on to play on the pitch. Bought for his abilities to be a key piece in the midfield. Ndombele has not, yet, lived up to the same hype.

Meanwhile, there have been ongoing talks with the club from the French capital. As former Spurs’ boss, Pochetino, wants to reunite with the French player. Foreseeing the plans Conte has for the club, it does not look like Ndombele will be able to fit into the scheme of things. This looks like the best option for both of the parties involved. It will be great for the lilywhites if Ndombele could just find his rhythm back after spending a short loan spell away from London. If not, then it seems like the end of the road for him here, at The White Hart Lane.

As far as Dele Alli’s future is concerned, it is not looking bright as it once did. Hailed as “the brightest young player to rock in a white shirt.” Alli has had disastrous fall in his form in the last couple of years. And to this day, he is not able to regain the same old form. Leaving no choice for the team and for himself, he should be looking for pastures anew. A move away might help him in rebuilding his shape and form. At the same time, it will also urge the Spurs to look for someone in that position. But with a whole new zest and passion that the English midfielder was lacking.

In the summer of 2019, it was official. Tanguy Ndombele to Tottenham Hotspurs, done deal! Although, Pochetino praised the French central midfielder. It came as a surprise to many Spurs fans and Pundits alike.

Season prior to the move, Ndombele was hailed amongst the Lyon fans. Les Gones ultras had their own chant for the French grown midfielder. And rightly so! His performances were scintillating, beyond belief. He provided 8 assists for the team in all competitions, helping them to a spot in the Champions League football next season. It was about more than those 8 assists he provided. He was a key figure in Lyon’s midfield. Vision, strength, defensive support, threading the passes forward, he showcased everything a manager can ask for in a midfielder. So, with that respect, Pochetino had a cut deal in Ndombele. Well, he should have.

Since his arrival to the London club, the French player has had a total of just 7 assists in 3 seasons combined. Although he is still in his 3rd season, it does not look like he is adding to his tally. A man deemed to silence all the critics had left Pochetino, the only man trusting in his abilities, to fight for his job. It is a lot to put it on just one single signing. But the stats don’t reflect, the amount of hard work put on by the club to make the signing possible.

Moreover, a chance of redemption has already faded away with the arrival of the appointment of Antonio Conte. Ndombele does not fit into the scheme of things of the Italian manager. It is clear that Tanguy Ndombele needs time and matches to prove his worth. So, it is safe to say that a move away from London should not hurt either the player or the club.

It has not been a very eventful transfer window for the new manager in charge, Antonio Conte. The Italian had high hopes of buying someone like Traore or Diaz, to fill the void of a winger in the squad. Now that the hopes of signing anyone of the three, look bleak. Conte once again has to go back to the scouting list to pick a few more he can go after.

Although, in such a short time – with the transfer market in its closing stages- there are not many wingers on the transfer list. Spurs and Conte are after some of the players they think, they can place a good bid for. Juventus’ Kulusevski, Leeds’ Raphinha are amongst the priority list.

While they are optimistic of signing a good player, despite getting snubbed off their chances for signing either the Spanish or the Columbian. It remains to be seen, how Fabio Paratici can help save his fellow countryman from the blemishes of this poor transfer window, so far.