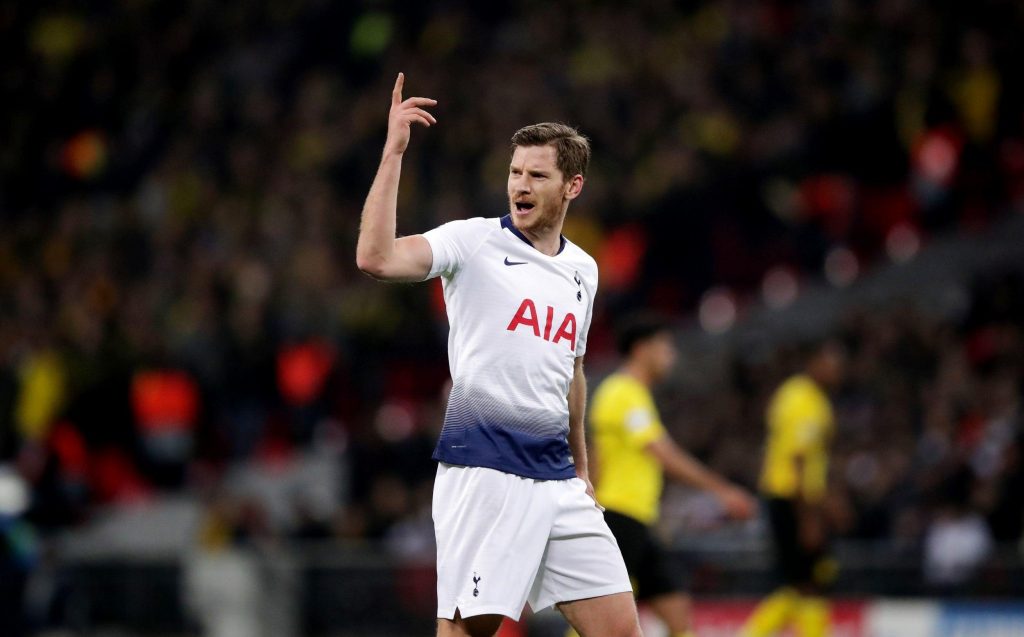 After a wistful start to the season, Tottenham Hotspur sit 11th on the Premier League table with just 3 wins in their 11 matches. And Belgian centre-back, Jan Vertonghen hasn’t got a start to the campaign which he would be hoping for.

He was an integral part of the Spurs squad last season and helped them in reaching the finals of the UEFA Champions League. However, his form has gone down ever since. He was dropped by Argentine manager Mauricio Pochettino in the first few matches, and although he managed to work his way up, it seems that he has been dropped again. The 32-year old was an unused substitute against Liverpool and wasn’t even a part of the squad against Everton last Sunday. Colombian centre-back, Davinson Sanchez has replaced him and has formed a solid pair with Toby Alderweireld.

Vertonghen’s contract runs out at the end of the season. This gives him the right to negotiate with non-english clubs for a pre-contract deal in January, before leaving in the summer for free. Although Chairman Daniel Levy won’t want that to happen. Reports in Turkey have said that former Spurs Sporting Director Damien Comolli, now Director of Football at Fenerbahce S.K., wants to sign Vertonghen.

It is probably the correct decision for Vertonghen to leave given his age and him falling down the pecking order with young centre-backs such as Juan Foyth making a mark in the first team. In Turkey, Vertonghen will surely be a first team player and could use his experience to lead Fenerbahce to glory. However, it seems that the Lilywhites are not interested in offering Vertonghen a deal, and we could see him in a new outfit next Season.