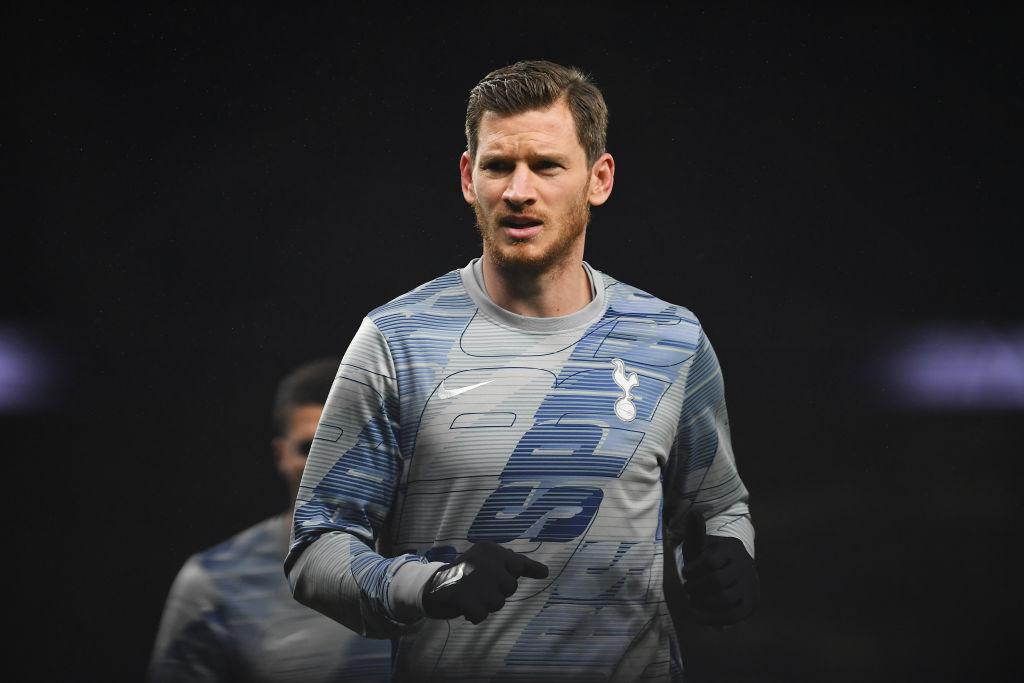 Jan Vertonghen will leave Tottenham after an eight years spell with the North London side.

He & the club couldn’t find common grounds to extend his stay at N17, opting to put an end on his north London spell after over 300 appearances across all competitions for the club.

The 32-year-old has contributed immensely for the club since being signed from Ajax.

FROM UNDER THE NOSES OF ARSENAL

Throughout the 2011/2012 season, Jan Vertonghen was constantly linked with Tottenham due to his exploit with Ajax.

The Belgium international defender publicly expressed his intent to move to the North London side due to the club’s desire to play him as a centre-back, unlike fellow suitor and club rival Arsenal, who were planning to play him as a defensive midfielder.

Tottenham eventually agreed on Vertonghen’s signing and was subject for a medical in July 2012. Less than a week later, after a successful medical, Tottenham announced the official signing for a reported fee around €12million.

Upon joining Tottenham, Vertonghen became an important figure at the heart of the defense but later struggled for starting berth alongside Kaboul and Fazio in his early days at White Hart Lane.

During 2015/16 season, he formed a strong partnership with fellow countryman Toby Alderweireld at the defence and they were regarded crucial to the club, after the team had the joint-lowest amount of goals conceded in the Premier League. In the same season with Spurs, Vertonghen signed a contract extension with the club until 2019.

In 2016/17 season, Vertonghen was still part of the Spurs’ defense that had the best defensive record for the club, conceding only 26 goals in the Premier League, with 6 goals lesser than the previous record of 32 goals conceded in the 1908/09 season in the Second Division.

His solid performances meant him to be considered as one of the best defenders in the Premier League. His contract with the North London club was extended to 2020 in December 2018.

In that season’s Champions league last round of 16 home game against Bundesliga side Borussia Dortmund, Vertonghen was deployed in a less familiar (left wing back) position, but managed to score and provide an assist. He got more wide spread praises for his performance in the game against Dortmund, and won himself a place in the Champions League Player of the Week by UEFA.

Jan Vertonghen’s contract was set to expire by June 30, 2020, but due to the league being extended after the impact of Covid-19, his contact was just extended to the end of the 2019/2020 term, becoming a free agent after his final game in the league against Crystal Palace on Sunday, which was the club’s last game of the season.

The Belgium international defender has now expressed his gratitude towards his teammates and club staffs.

Vertonghen said: “So my time at the club comes to an end. A sad day for many reasons. I will miss the friends I’ve made here, the staff that make the club run, playing at the amazing new stadium & of course you fans. Thank you for all the support over the years. You’ve been amazing. We had many unbelievable memories but for now, it’s goodbye.”

So my time at the club comes to an end. A sad day for many reasons. I will miss the friends I’ve made here, the staff that make the club run, playing at the amazing new stadium & of course you fans. pic.twitter.com/qyEOlNmgFx

In a statement, Tottenham have appreciated the outgoing defender, stating that: “We thank Jan for his tremendous service and wish him every success in the future. He will always be a valued member of the Spurs family.”