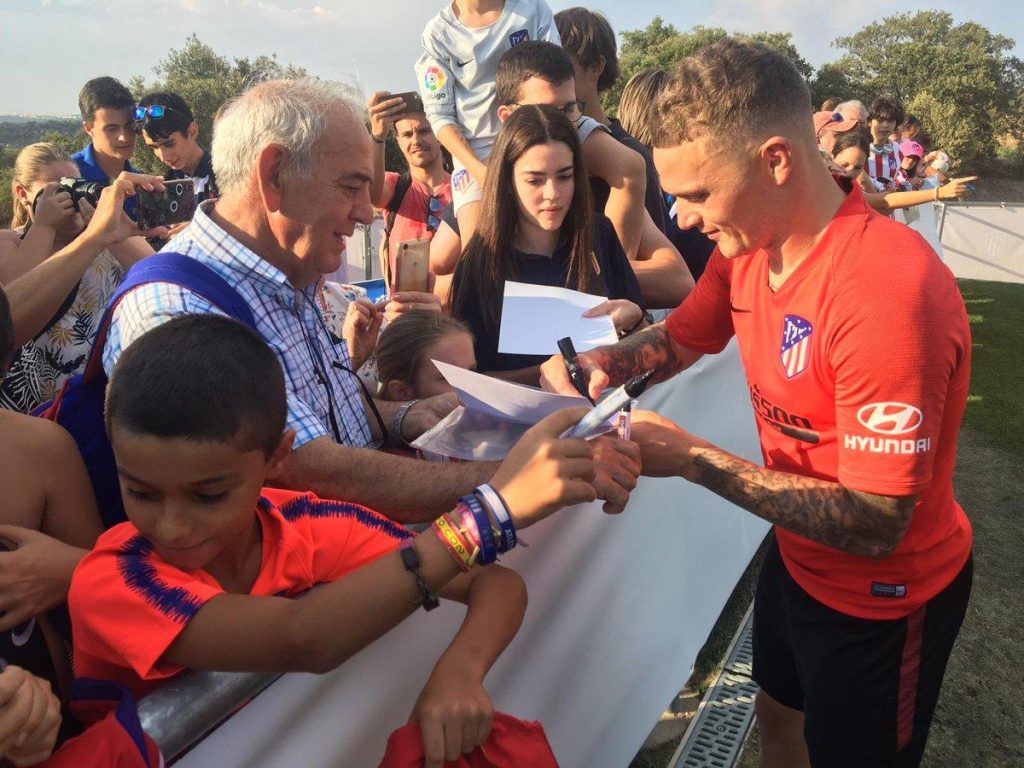 Kieran Trippier completed his move to Atletico Madrid earlier today and the Englishman has headed straight to Los Ángeles de San Rafael as he links up in training with his new teammates.

Trippier recieved warm reception as the Englishman recieved a guard of honour, as the Atletico players slapped him on the back as he ran through the group.

Below are some images from Kieran Trippier’s first training session with Atletico Madrid:

Thank You Kieran, All the Best in Spain!