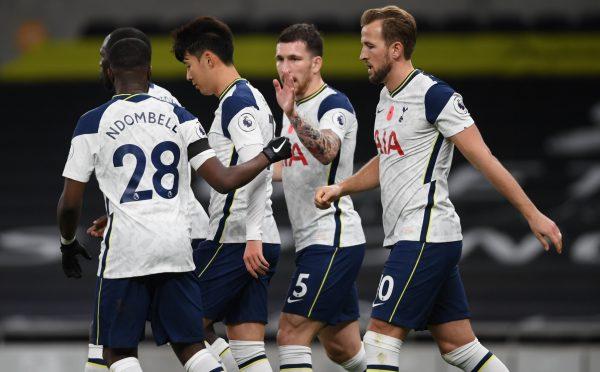 The Anfield fortress comes under attack again, this time it’s Tottenham that prepare their attack and they are coming straight for Liverpool’s crown. Jurgen Klopp has made Anfield an impenetrable Castle, Liverpool haven’t lost at home in the Premier League for 65 games, a Record only bettered by Jose Mourinho’s Chelsea. Can Jose Mourinho Keep his record intact and put an end to Liverpool’s unbeaten run or will Jurgen Klopp extend that record to 66 games.

Tottenham travel to Merseyside for a top of the table battle against current Champions Liverpool on Wednesday. Tottenham could make a real statement of intent with a win in this game. The contenders challenge the Champions again and this time we will get a peek into the Mentality of the two clubs, will Tactics be the difference in the game or will the team with the Greater desire and hunger to win come out on top.

Liverpool are quite a few soldiers short going into this clash, but can Klopp lead his Army to victory even without all his Soldiers completely fit? The winner will take a lead at the top of the table and won’t come down unless they slip in the upcoming games.

Tottenham have one player out through injury, Argentine Forward Eric Lamela hasn’t recovered from his foot injury and will be out for the trip to Anfield.

Gareth Bale remains a Doubt as he still hasn’t got back to full match fitness, and has now picked up a small illness. So he could be left out for this game.

All other Tottenham players are fit for the game. And Spurs have no Suspensions.

The France international has let in just 10 goals so far this season, and came up with some excellent saves against Manchester City and Chelsea so there is no doubt that Lloris will start on Wednesday Night.

Tottenham have found a stable back four after struggling to find the right mix at the start of the season, Doherty has been left out of the current back four purely because the current players have been performing brilliantly, Aurier’s upturn in form has come at a really good time for Tottenham because it gives them options for positions in the team. But for the game against Liverpool, Aurier is more likely to start as the right back, with Reguilon down the other flank.

Toby Alderwiereld and Eric Dier have formed a formidable partnership which is why Tottenham haven’t missed the departure of Jan Vertonghen so much. Their performance will be key if Tottenham are to replicate what they did against Manchester City a few weeks back.

The three Holding Midfielders have been performing consistently for Spurs and their performance has been the reason that Tottenham have managed to keep so many clean sheets and conceded such few goals. The Midfield three of Ndombele, Højbjerg & Sissoko could start this game with the three providing strength and Defensive support in the center of the pitch. There is a chance that Sissoko or Ndombele could be dropped to make room for Lo Celso, but Ndombele should be able to provide the creativity while also contributing defensively.

Bergwijn and Son will play as the two Wideman in the Midfield 5 and their pace will be central to the way that Spurs play, and speed at which Spurs break could really hurt Liverpool.

The League’s most influential attacking player this season, Harry Kane has been on another level to every other player in the league with 19 goal involvements in 12 games this season. That’s at least 5 more than any other player this season. Kane Will be the first name on the team-sheet for this Wednesday for Tottenham and keeping him fit will be crucial in Spurs challenging for the title. He has adapted to this new system, dropping deeper into the Midfield to collect the ball and allowing space for players like Son, Bergwijn & Lo Celso to run into and cause problems to opposition especially on counter-attacks.

Stopping Kane and Son could be the Most difficult task for Liverpool, given that they have to try to break Spurs down while doing so.