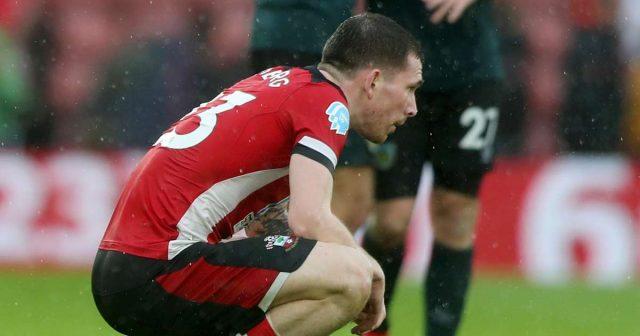 Danish international Pierre-Emile Hojbjerg has been stripped of his captaincy as rumours regarding a move to Tottenham have heated up.

He is in the final year of his contract and had an agreement with manager Ralph Hasenhuttl that if he didn’t extend his contract with the club, he wouldn’t be the captain anymore.

English midfielder James Ward-Prowse is set to take over the captaincy for the remainder of the season. Hojbjerg arrived from Bayern in 2016 and has made 129 appearances for The Saints scoring five and assisting six.

He has reportedly refused to sign a new contract with the club and recently expressed his desires to play Champions League football in an interview.

Before the Premier League resumed manager Ralph Hasenhuttl said: “No, he [Hojbjerg] will not be captain. We had an agreement, and [I] made clear that if you decide not to extend your contract, you will not be captain of this team. He knows that he is an important player for this club. I think we have found a good agreement.”

Tottenham are rumoured to be the front runners for the Danish midfielder’s signing as they look to strengthen their midfield. Although, it doesn’t mean that he would only sign for Spurs. He has also been linked to a move to Everton in the past.

This could be a strong sign that Hojbjerg certainly won’t be a player at St. Mary’s next season.