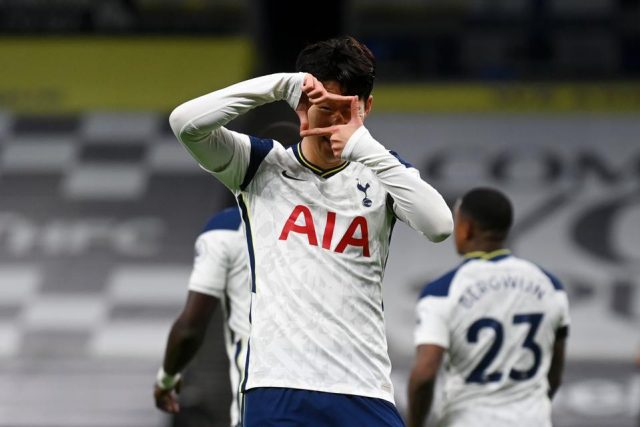 The South Korean forward has been in the form of his life scoring 15 goals and provided 8 assists so far this season. Son has formed an incredible partnership with Harry Kane and the Duo have combined for 13 goals this season.

Moving to a new stadium and bringing in a serial winner like Jose Mourinho does show that Spurs have the ambition to bring Trophies to the club.

Spurs must do everything in their power to keep Heung-Min Son at the club if they are to challenge for silverware in the coming season’s. He is coming into his prime years and has the right amount of youth and experience to play a major role at Tottenham.

According to recent reports Tottenham are negotiating a new contract with the 28-year-old which would put him on par with the club’s highest earners, Harry Kane and Tanguy Ndombele. These reports were later confirmed by Football Insider Fabrizio Romano even claimed that it was only a matter of time before Son signs a new five contract with the club, with an agreement now said to be “really really close”.

From a Tottenham Hotspur perspective, Heung-min Son should be handed a new contract immediately, because if a Club like Real Madrid come calling then the Lure of first team Football at a European Giant like Real Madrid would certainly turn any player’s Head.

This could become another Gareth Bale situation for Tottenham where they failed to keep hold of their star man and it took them 3 more years to rebuild the team and make it a team that could compete in Europe. Spurs should avoid the same error with Son and give him a New contract and avoid becoming a selling club.

With players Like Kane, Ndombele, Højbjerg and Reguilon playing some of the best football they have in recent times, there seems to be something really special being built at Tottenham. The manager brings experience and is someone who has won the Premier League before, the coming years could be one of the most Vital ones in the club’s history and having a player with the Caliber of Son would be a Blessing.