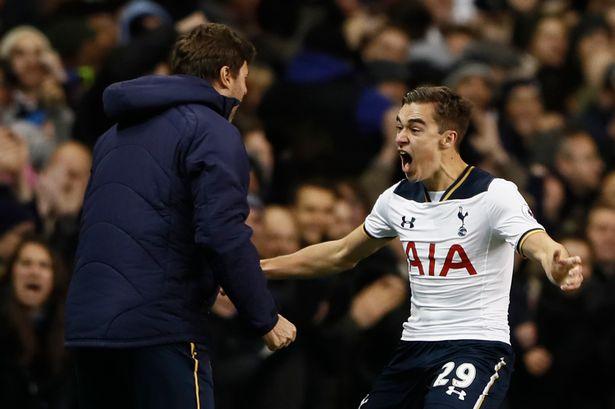 Tottenham midfielder Harry Winks recently revealed that he consideres Barcelona and Spain legends “Xavi and Andres Iniesta” as his role models and has tried to play like them.

At the age of 22 Winks has broken into the Tottenham squad and is a regular in the Spurs side while also being called up by the England side.

Speaking to The Mirror, he said: “I’ve never been blessed with height, strength and power so I’ve had to learn how to play differently from a young age. My game was all based on technique and when I look at players like Xavi and Iniesta they were always players I modelled myself on.

“We’ve all come through the same way through the club, you get drilled and coached into the academy. You learn how to play for Tottenham, what it means to play for Spurs and you can bring those habits in to the first team.”

“But our main priority is to just try and improve every season, which we are doing, and hopefully a trophy will come at the end of that as a reward for all the hard work. We work really hard, we are improving and hopefully we can come away with some silverware.”

Tottenham host AFC Bournemouth on boxing day and will look to continue their impressive run of form.