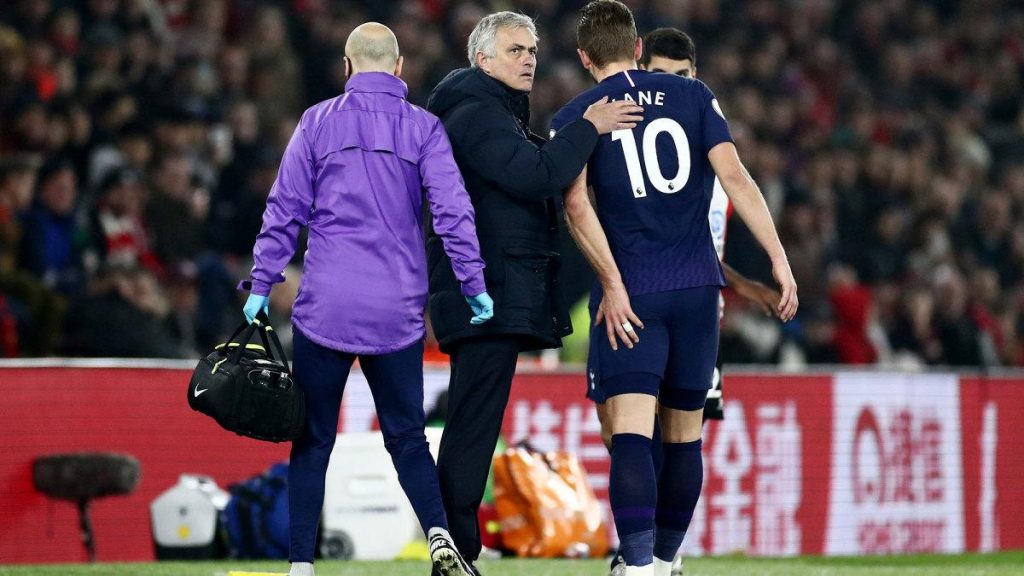 Harry Kane has been a subject of attention lately due to his phenomenal outing at the Euro 2020 tournament and his relentless transfer rumors and speculation linking him to a move away from North London.

Jose Mourinho, the former Spurs boss has given his opinion on what he feels regarding whether Harry Kane will leave or stay put at Tottenham Hotspur.

While speaking to TalkSport, the Roma manager said, “I would say this is probably what is going to happen. I don’t see Mr Levy with the desire to sell him. I don’t see that.”

He also added, “Of course Harry was very objective, very clear, very direct before the Euros. He told that he wanted to leave the club but I don’t see Mr Levy open for that but it’s something that only they know what he is going to happen after the Euros.”

Harry Kane, post the season had already said the club that he wanted a move away from Spurs and it was all but certain that Spurs were going to lose their star player. Manchester City were the front runners to sign him after the Argentine International Sergio Aguero’s imminent departure to Barcelona. The rumours were that Manchester City had actually bid a £100 Million for Harry Kane at the start of the transfer window which was immediately rejected by Daniel Levy.

Pep Guardiola came out and said that they were not looking to splash the cash this summer since Manchester City is in a financial strain like any other club in the World due to the economic stress caused by the Pandemic on Businesses. Ever since that statement, there’s not much movement on Harry Kane to Manchester City and it looks like Spurs have convinced Harry Kane to stay put with the appointment of Nuno Espirito Santo as the new boss. Nuno will look to build his squad around the star player Harry Kane.