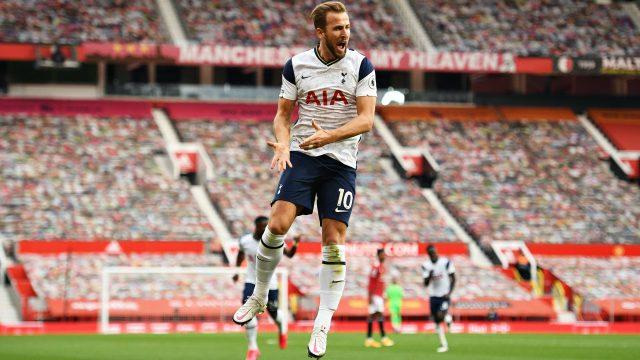 Harry Kane alongside Lionel Messi is probably the most complete attacking player. He takes shots from good range, links up plays by going deep in the midfield and scores a lot of goals.

The Kane-Son partnership could be a similar axis to Henry-Bergkamp, Vardy-Mahrez and Drogba-Lampard. Harry Kane’s qualities as a playmaker have attracted plaudits from fans of all sections. Harry Kane has always provided a lot of assists during his time in North London right from the 13/14 to the current season he has managed to provide 29 assists along with scoring 150 goals.

Pundits and Tottenham fans have always appreciated his quality of working hard for his team and dropping deep his half to start chains of attacking plays but his passing abilities still remain shadowed above all of the qualities. Also along with passing skills, his ability to put balls into the box are also greatly not headlined but both of these abilities are only worth if he has other attacking players making runs into the opposition’s penalty box.

So what has changed? When did Harry Kane become a playmaker or was always one?

– Firstly, the way Tottenham Hotspur play under Portuguese manager Jose Mourinho is different Spurs approached football in the Pochettino era. Their philosophy has been more emphasized on the counter-attacking patterns of plays which allows the English captain to drop deep and play longer passes to athletic players like Gareth Bale, Son Heung-min, Steven Bergwijn and Lucas Moura.

– The key to Kane’s success has always been found between the lines either after a press breaking run or a penetrative pass. These passes reach players who like to cut inside from the wing or if that is not possible Kane himself takes a central position to make these passes. A more recent of this happening is during the game against Southampton where Kane’s lateral movement can bring him into good positions to find a runner from deep.

– Another crucial reason has been the clinical finishing of Son Heung-min. Six of eight league goals have come from Harry Kane’s passes. Their excellent telepathic relation has caused havoc in opposition’s defense areas. Case in point the Southampton game where both the players exposed the high line system used by Saints boss Ralph Hasenhuttl which emphasized winning the ball back as high on the pitch as possible. While this system has worked excellently for a team like FC Bayern Munich who have an active sweeper keeper in Manuel Neuer, Southampton do not have a keeper with caliber and as a result Kane and Son punished the Saints backline by making passes behind the opposition defense.

– After Christian Eriksen departure to Inter Milan, Spurs have quite not filled the void with Giovanni Le Celso and Tanguy Ndombele capable of carrying up the pitch but do not possible instincts of Eriksen and so Kane drops deep allowing him more space to make pass to one of his attackers.

Harry Kane was always good at the art of playmaking. It is now that people have realized what good playmaker he always has been. Given Kane’s fitness records who knows Kane might evolve into a attacking midfielder from a world finisher in the near future.