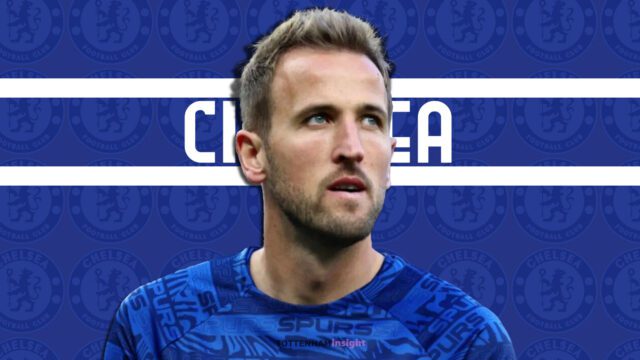 The Premier League transfer rumour mill has seen some wild rumours flying around while some of them have become a reality too. Another rumour doing the rounds is that Chelsea are considering a move for Tottenham Hotspur’s talisman Harry Kane next summer. Though this move looks highly unrealistic with the intense rivalry between the two clubs being the main factor behind it, “never say never” in football. The Premier League has seen similar transfers happen with Carlos Tevez infamously moving from Manchester United to bitter neighbours Manchester City in 2009.

What are the reports saying?

According to CalcioMercato Web, Chelsea are looking to offer a player plus cash deal to tempt Spurs into selling their most prized asset with Romelu Lukaku being the player moving to North London to reunite with Antonio Conte. Graham Potter has no intention of reintegrating Lukaku back into the squad next summer when the Belgian’s loan deal expires with Inter Milan with the English manager setting his sights on landing Harry Kane. A deal involving Aubameyang and Lukaku plus cash is also not ruled out as the Blues look to find a long-term fix for the no.9 position.

Will Harry Kane be the man to lift the no.9 curse?

Plenty of big-name signings have arrived and flopped at Stamford Bridge with those including the likes of Andriy Shevchenko, Hernan Crespo, Gonzalo Higuain, Fernando Torres, Radamel Falcao and Alvaro Morata. The Blues have spent over half a billion pounds on signing strikers ever since Roman Abramovich purchased the club in 2004. Jimmy Floyd Hasselbaink, Gianluca Vialli and Tammy Abraham have been the only strikers to have broken the curse and scored goals for their sides.

Harry Kane has arguably been the best striker in the league ever since he made his debut for Spurs in the 2014/15 season. Since his debut on the opening day of the season, the Englishman has scored 189 goals and assisted 44 times in 289 appearances. He has been a prolific striker and regarded as one of the world’s finest strikers in the last few years having won 3 golden boots and 1 playmaker of the year award.

Not only Harry Kane is a lethal finisher, but he is also has been used as a false 9 by dropping deep to link up with his teammates and create chances. These attributes have made the 29-year-old as a complete striker and a player any club in the world would wish they had. His individual achievements and record in the Premier League is enough to suggest that the no.9 curse shouldn’t be a problem.

What next for Romelu Lukaku?

The 97.5 million pounds transfer last summer went horribly wrong for Chelsea as their marquee acquisition failed to adjust to the Premier League and adapt to ex-manager Tuchel’s tactics. The player also had a major fallout with the manager after the controversial interview he gave to SkyItalia in December. This summer the new owners prioritized finding the best possible solution for Lukaku and managed to reach a deal with Inter Milan which has seen the striker move to Italy on an initial 1 year loan with an option to extend for another season.

A move to Tottenham Hotspur would revive Lukaku’s career as it would see him reunited with Antonio Conte. The duo were instrumental in Inter Milan winning the Scudetto in Italy by breaking Juventus’ 10 year dominance in Serie A. The 29-year-old has scored 64 times and contributed to 17 assists in 94 appearances under Conte.

Is there a chance this deal goes through next summer?

Tottenham Hotspur’s owner Daniel Levy has always maintained a distance from negotiations with Chelsea ever since the American bought the North London club. Now with the Blues also having American owners, there might be the American-connection which could work in their favour. The inclusion of Romelu Lukaku would be no problem for Antonio Conte under whom the Belgian striker played his best football during their time at Inter Milan.

The major obstacle which could hamper this deal would be Inter Milan’s option to extend Lukaku’s loan for another season next summer. If the Italian club exercise their right to extend, Chelsea will have no say in the transfer and this could derail their pursuit of signing Harry Kane.

Manchester City were close to signing Harry Kane last summer with Daniel Levy rejecting all bids to keep the Englishman at the club. Kane was ready to move on to the Citizens in a bid to add trophies to his cabinet with no silverware won during his time at Spurs.

A similar situation could arise if Chelsea comes calling even though moving to a direct London rival would tarnish the player’s career at his boyhood club. A transfer thus looks highly unlikely as Bayern Munich are also said to be in the race to secure Kane’s signature next summer as the German club look to replace Robert Lewandowski. It’ll be a real test for Todd Boehly and Co. to pull off this deal and also would be a hugely expensive affair as Spurs wouldn’t budge for anything less than 100 million pounds similar to what they did with Manchester City last summer.